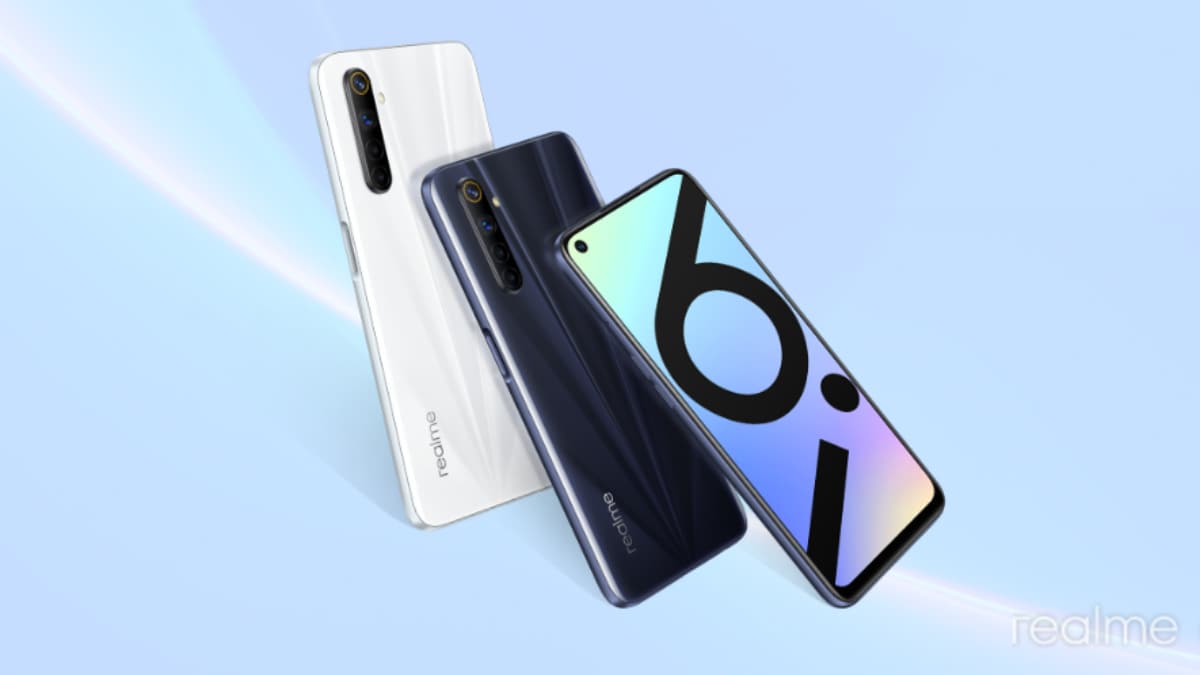 
Realme 6i and Realme 6 have started receiving their August over-the-air (OTA) updates that include August 2020 security patch along with a few optimisations. Both the smartphones get the same updates, which are being rolled out in batches, and they will be available to all users very soon. While the Realme 6i launched in July, the Realme 6 debuted in March this year. Both Realme 6i and Realme 6 have the same design profile but feature changes on the hardware front.

According to the changelog of both Realme 6i and Realme 6 smartphones that was posted on Realme community forum, the latest system update brings build versions RMX2002_11.B.45 and RMX2001_11.B.45, respectively. The phones now have August 2020 Android security patch, and get Super nighttime standby as well as smooth scrolling features. The update also adds OTG Switch toggle to notification panel, and optimises ‘Mute-Bell-Vibrate’ icon state in the status bar.

Users of the Realme 6i and Realme 6 will now be able to see a decimal point value when charging their phone. In layman’s terms, instead of a whole number like “20%” and “21%”, users will see numbers change as the battery charges (“21%”, “20.1%”, “20.2%” and so on). Users can now long press to uninstall apps in the Drawer mode and the phones also get a default sound recording device option.

Since the update is being rolled out in phases, it will be randomly pushed out to a small number of people first. The update will be available to a broader user base after “making sure there are no critical bugs”. If no critical bugs are found, the full rollout will be completed in the upcoming days, Realme says. To check the availability of the update, users of Realme 6i and Realme 6 can head to the phones’ Settings and tap Software Update.