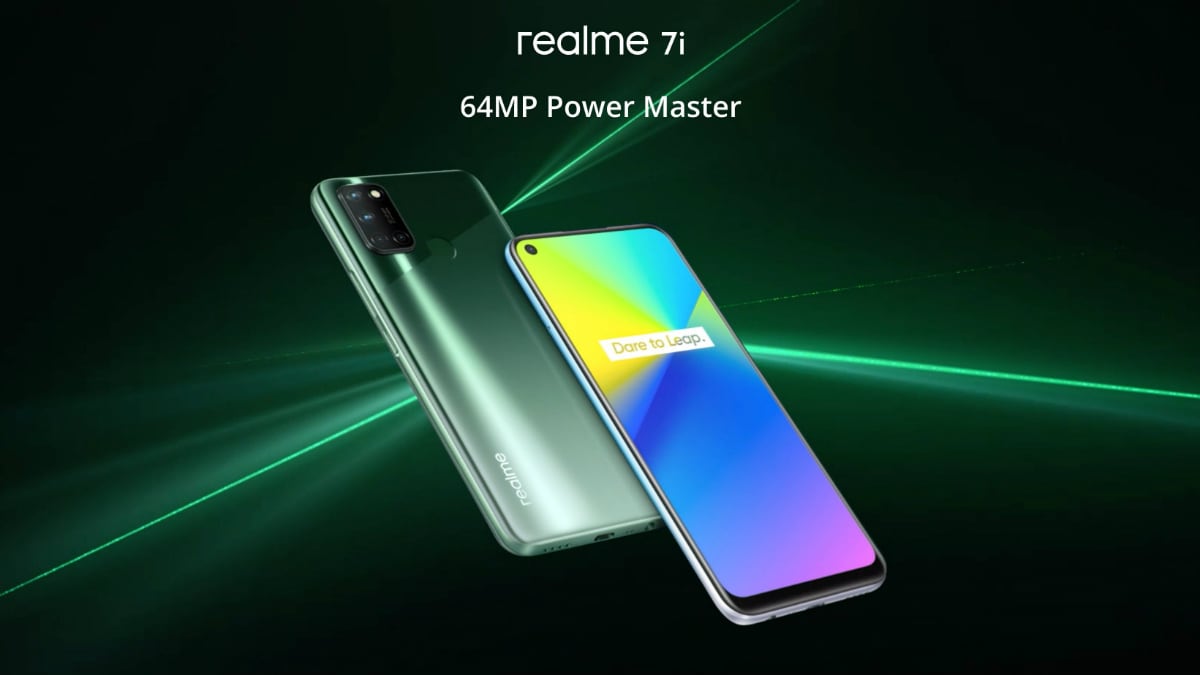 
Realme 7i may be launched in Fusion Green and Fusion Blue colours in India in October. According to a tipster, apart from getting these two colours, the smartphone may be launched in 4GB + 64GB and 4GB + 128GB storage variants. The tipster claims the phone may also debut in more configuration options. The smartphone has already been launched in Indonesia in Aurora Green and Polar Blue colours, and 8GB + 128GB storage variant.

According to tipster @byhimanshu, the Realme 7i may be launched in October in two colour options – Fusion Green and Fusion Blue – in India. The tipster also says that the smartphone may be offered in 4GB + 64GB and 4GB + 128GB storage variants. The tipster claims that since “we’re far from launch”, Realme may delve out more information on other variants as well. The Realme 7i smartphone has already been launched in Indonesia in Aurora Green and Polar Blue colours, and 8GB RAM + 128GB storage configuration. Tweet Embed

The Realme 7i features a 6.5-inch HD+ display with 90 percent screen-to-body ratio and 90Hz refresh rate. The display offers a resolution of 720×1,600 pixels and is protected by Corning Gorilla Glass. Under the hood, the smartphone features an octa-core Qualcomm Snapdragon 662 SoC. The dual-SIM (Nano) Realme 7i runs on Android 10 with Realme UI on top.

Connectivity options in the Realme 7i include dual-band Wi-Fi, LTE, Bluetooth 5.0, NFC, a 3.5mm headphone jack, and a USB Type-C port. The smartphone features a fingerprint scanner on the back panel. It packs a 5,000mAh battery with support for 18W fast charging. The fast charger is included in the box.