Realme is going to have another busy month of announcements – the company announced two events in three separate social media posts. On October 7 there will be a huge event in India, where the Realme 7i will be introduced to the local scene, while the already official Realme 7 Pro will get a new color option. Alongside those a bunch of AIoT products will be officially launched.

Europe is also joining the fun and the Old Continent will get the Realme 7 lineup, although the image only says “coming soon” with no exact datge mentioned.

Posters for Realme 7i, Realme 7 Pro, Realme 7 in Europe

Looking into details of the “Leap to Next Gen” poster, we can actually see some products in the letters. There is a round smartwatch, a toothbrush, earphones, TWS earphones with rubber tips, a power bank, and something that looks like a tripod. You can click and zoom on the image below and see for yourself. 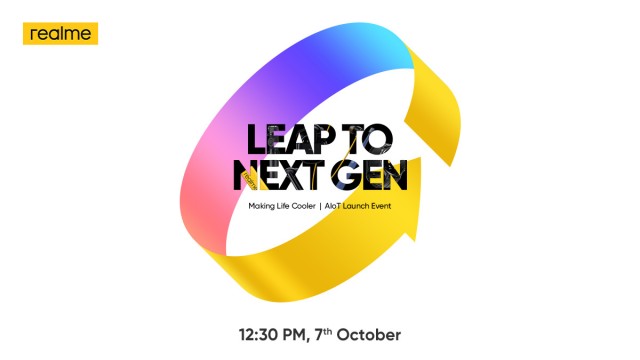 The wearable is likely the Realme Watch S or the Watch S Pro, but we don’t know anything about the rest of the IoT portfolio. The event is scheduled for 12:30 PM IST when we’ll get the answers to our questions.