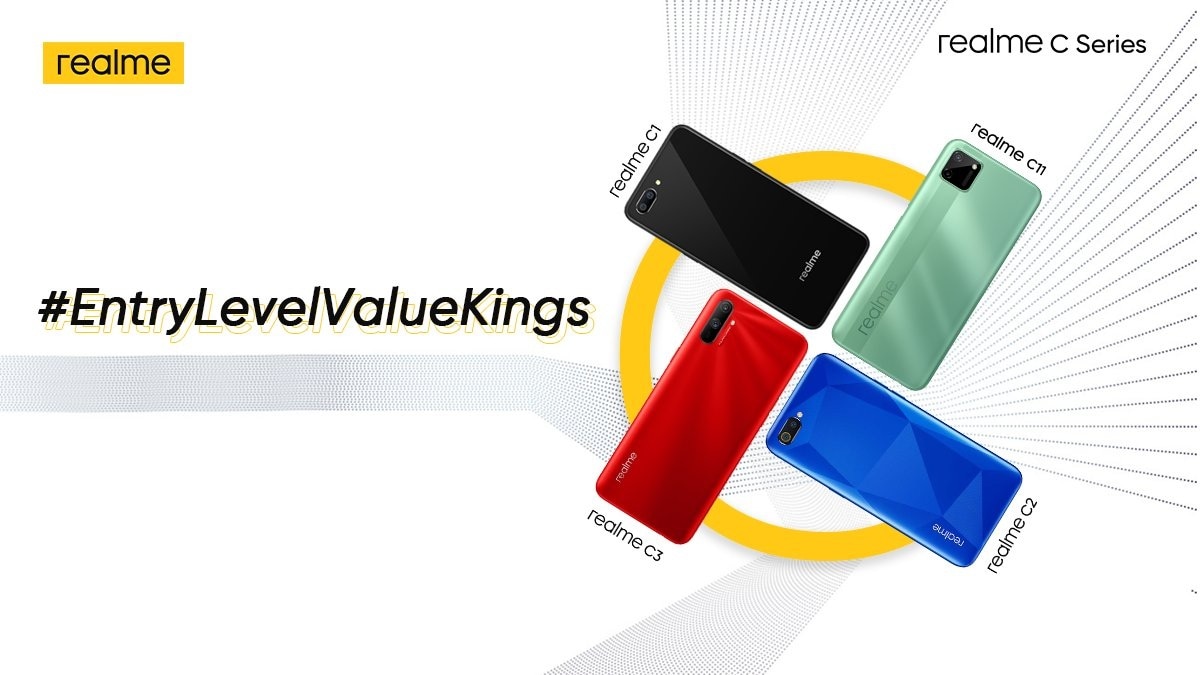 
Realme C12 could launch in India and other regions soon as it has been gathering the necessary certifications and benchmarks. Along with the various listings on certification websites, the model number RMX2189 that is said to be the Realme C12 has showed up on Geekbench and the Bureau of Indian Standards website. Additionally, Realme through its Twitter account teased a new entry to its C-series of smartphones, that might just be the Realme C12.

As per the Geekbech listing, the Realme phone with model number RMX2189 that is believed to be the Realme C12, comes with 3GB of RAM, the octa-core MediaTek MT6765G (Helio P35) SoC, and runs Android 10. The single-core score is listed as 165 while the multi-core score is listed as 972. This listing from August 7 does not disclose any more information about the phone.

The same model number has also been spotted on BIS website, which means the phone will come to India as well, along with other regions. The listing states that the model number RMX2189 was added to the list on August 4. While it does not show any specifications of the phone, it does suggest that the rumoured Realme C12 will come to India as well, as it was previously spotted on Thailand, Indonesian, Malaysian, and Chinese certification websites.

The Geekbench and BIS listing was first spotted by Rootmygalaxy and independently verified by Gadgets 360.

Additionally, Realme shared on Twitter that new ‘#EntryLevelValueKings’ are ready and are coming soon to India. This may just be a teaser for the Realme C12. The image posted by the account shows the Realme C1, Realme C2, Realme C3, and the Realme C11, which may also be a hint that the next phone in the line-up could be the Realme C12.

Last week, it was reported that a phone with the same model number – RMX2189 – was spotted in an NBTC, KDN, SDPPI, and China Quality Certification (CQC) listing. Only the NBTC associated the model number with the Realme C12 moniker. The phone is said to come with a 6,000mAh battery with 10W support.

Previous ArticleSamsung Galaxy A71, Galaxy A51 Getting AltZLife Update With Privacy Features
Next ArticleXiaomi Tipped to Launch Mi Note 10 Lite in India as Mi 10i