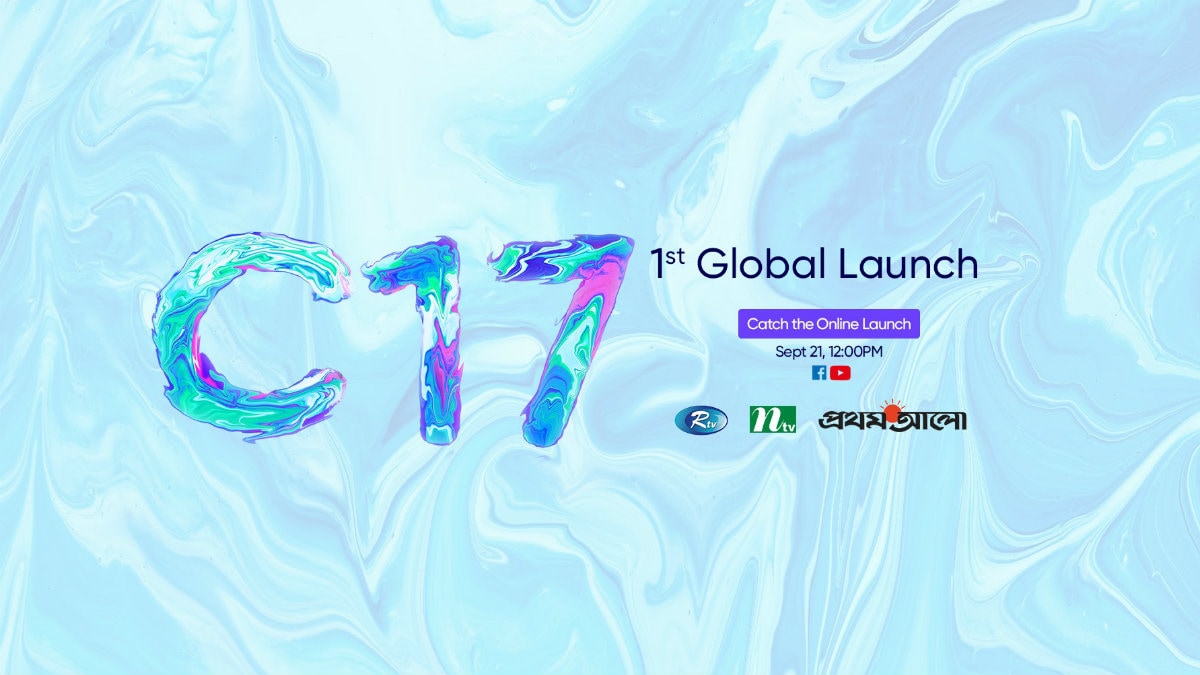 The Realme C17 will be launched via a virtual event that is scheduled to take place at 12pm (noon) (11.30am IST) on September 20 in Bangladesh. It is a global launch and the livestream will be available on the Chinese company’s Facebook and YouTube channels. According to a quick translation of the company’s announcement on Instagram, this is the first Realme ‘mid-level premium smartphone’ launch in Bangladesh. The Realme C17 is confirmed to get an ‘ultra-smooth display’ with 90Hz refresh rate, ‘powerful performance and a stylish design!’. The phone was spotted on Geekbench recently, and the listing showed the phone is being powered by Qualcomm Snapdragon 460 SoC.

While the company has only revealed that it will come with a 90Hz display, tipster Mukul Sharma has shared the alleged specifications of the smartphone. According to images shared by the tipster, the phone will sport a 6.5-inch hole-punch display with 90 percent screen-to-body-ratio and 600 nits maximum brightness. Under the hood, the phone is claimed to feature a Qualcomm Snapdragon 460 SoC that is paired with Adreno 610 GPU.

For photography, the phone is said to sport a quad rear camera setup with a 13-megapixel primary camera, an 8-megapixel ultra-wide camera with 119-degrees field-of-view, a 2-megapixel macro camera, and a 2-megapixel black and white sensor for portrait photography. The phone may be launched in Lake Green and Navy Blue colour options. Information about battery, charging tech and fingerprint sensor among others is still not known.