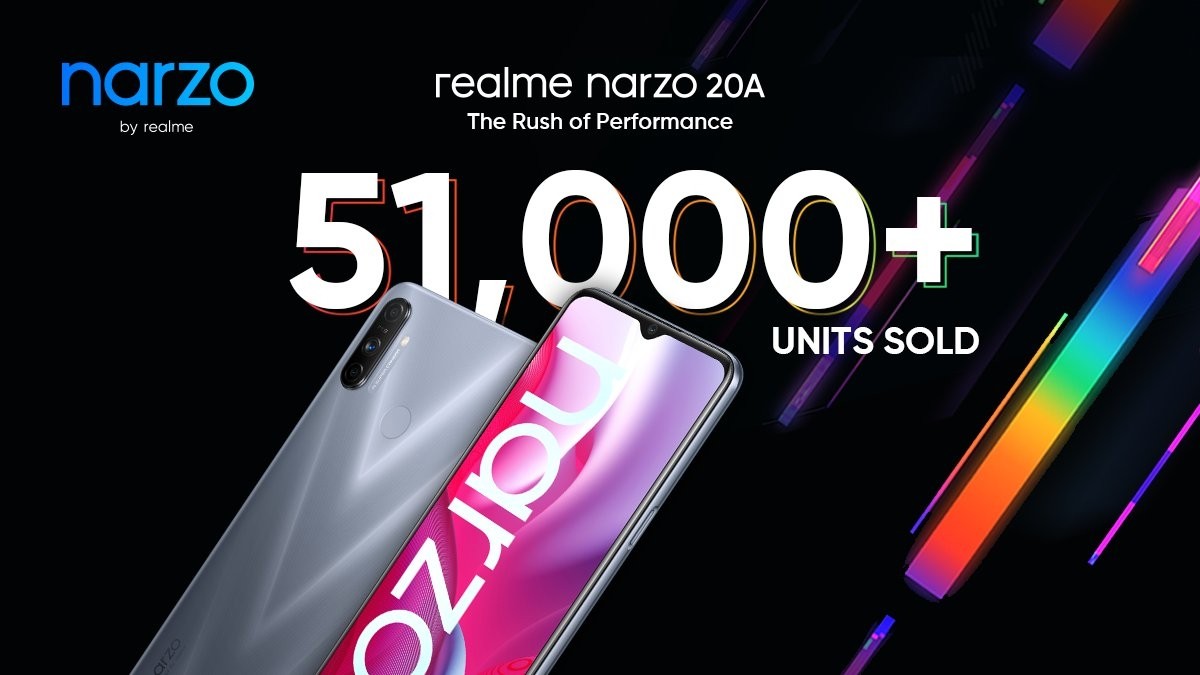 
Realme unveiled the Narzo 20 family with three members – Narzo 20A, Narzo 20 and Narzo 20 Pro. The aggressively priced trio has resonated well with the customers according to the numbers from the first flash sales – the entire stock of over 230,000 units was taken in minues.

The achievement was announced on Twitter by Madhav Sheth, CEO of Realme India and Europe. He revealed that the middle child Narzo 20 sold over 130,000 units, while the Narzo 20A was second with 51,000+ and the Narzo 20 Pro sitting in third with 50,000+ devices.