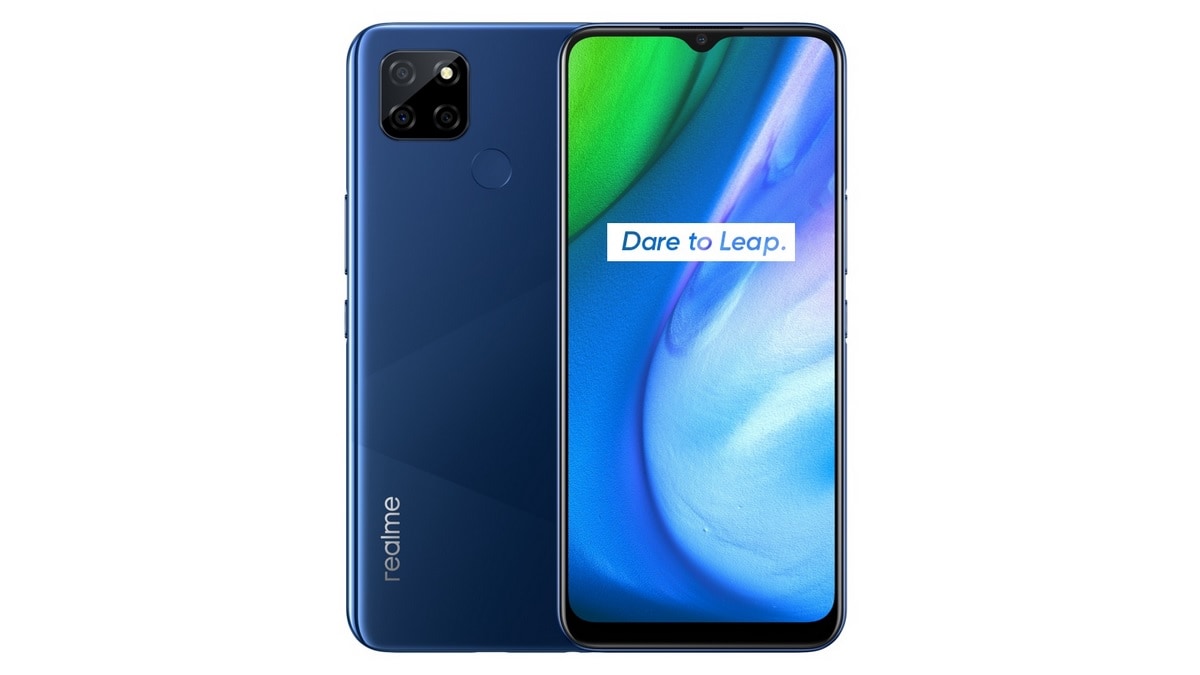 Realme V3 Launched as a Cheap 5G Smartphone from Realme


Realme V3 has been launched in China alongside the Realme X7 series. The Realme V3 comes as the cheapest 5G smartphone from the company and offers impressive specifications for the price. The phone comes in three RAM and storage configurations with two colour options. It has slim bezels on the sides and top but a relatively thick chin. There is also a notch for the selfie camera on the front, while the rear camera setup includes three image sensors in a square module.

As of now, there is no information on international availability for the Realme V3.

The Realme V3 comes with up to 128GB of UFS 2.1 storage. Connectivity options include 5G, 4G LTE, dual-band Wi-Fi, Bluetooth v5.0, GPS/ A-GPS, Glonass, 3.5mm headphone jack, and a USB Type-C port for charging. The phone is backed by a 5,000mAh battery with support for 18W fast charging. Sensors onboard include ambient light sensor, proximity sensor, accelerometer, and gyroscope. There is a fingerprint scanner on the back of the Realme V3. In terms of dimensions, the phone measures 164.4x76x8.6mm and weighs 189.5 grams.