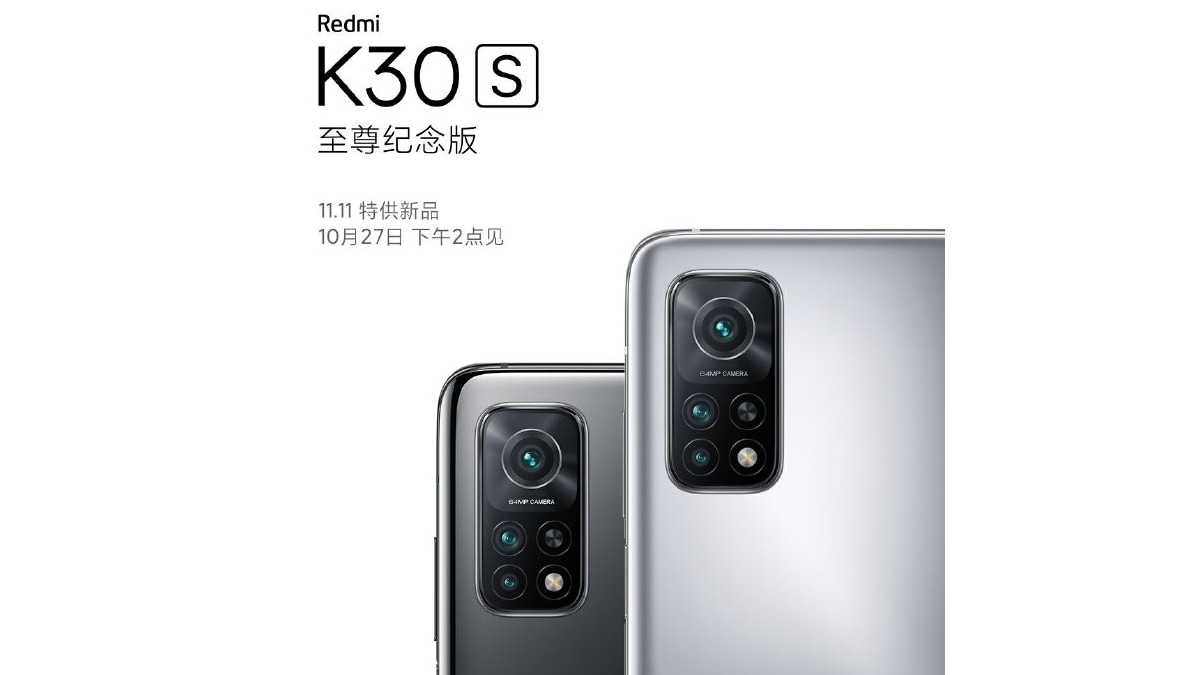 
Redmi K30S Extreme Commemorative Edition is all set to launch in China tomorrow, October 27. The launch event will begin at 2pm local time (11:30am IST). Redmi General Manager Lu Weibing shared a teaser poster that shows a small portion of the Redmi K30S Extreme Commemorative Edition back panel, along with its triple rear cameras. The phone is also teased to come in black and silver gradient finishes. The new model will sit alongside Redmi K30 5G, Redmi K30 Pro, and Redmi K30 Ultra in the lineup.

Weibing took to Weibo to share that Redmi K30S Extreme Commemorative Edition will launch in China tomorrow, at 2pm local time (11:30am IST). The phone’s pricing and specification details will be revealed at the event. This falls in line with an earlier report that Redmi K30S could be launched on October 27.

Weibing shared a teaser poster that suggests the phone to be available in black and silver gradient finishes. The phone is seen sporting a rectangular rear camera module that has three sensors, an additional light sensor, and a flash. The module also reveals that the primary camera will have a 64-megapixel sensor. Redmi K30S has previously been reported to be a rebranded version of Mi 10T.

Redmi Product Director Wang Teng Thomas has reportedly suggested that this model will be priced at CNY 2,500 (roughly Rs. 27,600). Gizmochina reports that Thomas reshared a blogger’s post hinting at the mentioned price. There is no official confirmation on what the final price of the Redmi K30S Extreme Commemorative Edition could be, but an earlier report suggests that it will be considerably cheaper than Redmi K30 Ultra.

For photos and videos, Redmi K30S is expected to feature a triple rear camera setup, headlined by a 64-megapixel primary sensor. The phone may pack a 4,900mAh battery.