With the Samsung Galaxy Z Fold2 Samsung added the option to customize the hideaway hinge with a custom color. Judging by a patent filed with WIPO, the company may have something more functional planned for version 3.

The patent describes a light strip that will be illuminated in full RGB color. There are six LEDs providing the light as well as a layer to diffuse the light and make everything look smooth. This could operate as the world’s biggest notification light.

Since there are multiple LEDs, it should be possible to create custom patterns and animations instead of simply blinking a single color. This light strip should be easier to spot at a distance or while the phone is in your bag compared to the Always On Display. 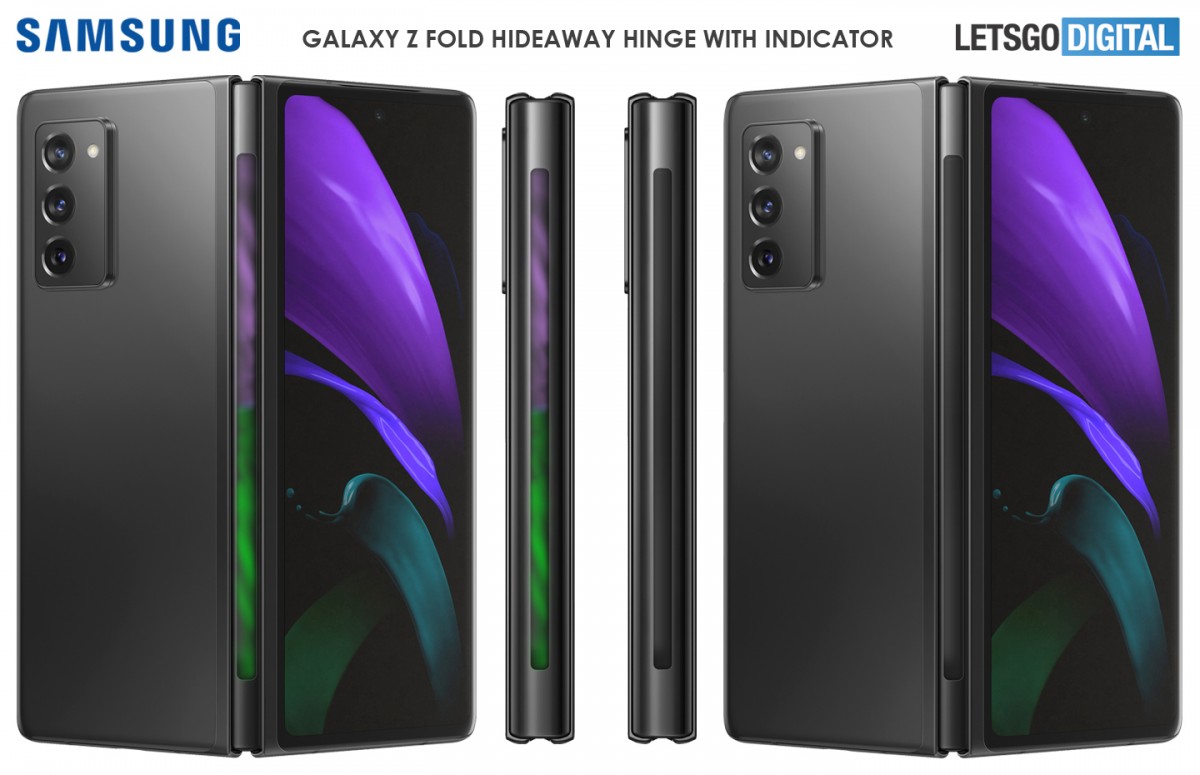 Will the Samsung Galaxy Z Fold3 really feature an RGB light strip? It’s too early to tell – the new foldable will likely be unveiled alongside the Galaxy S21 in February of next year.