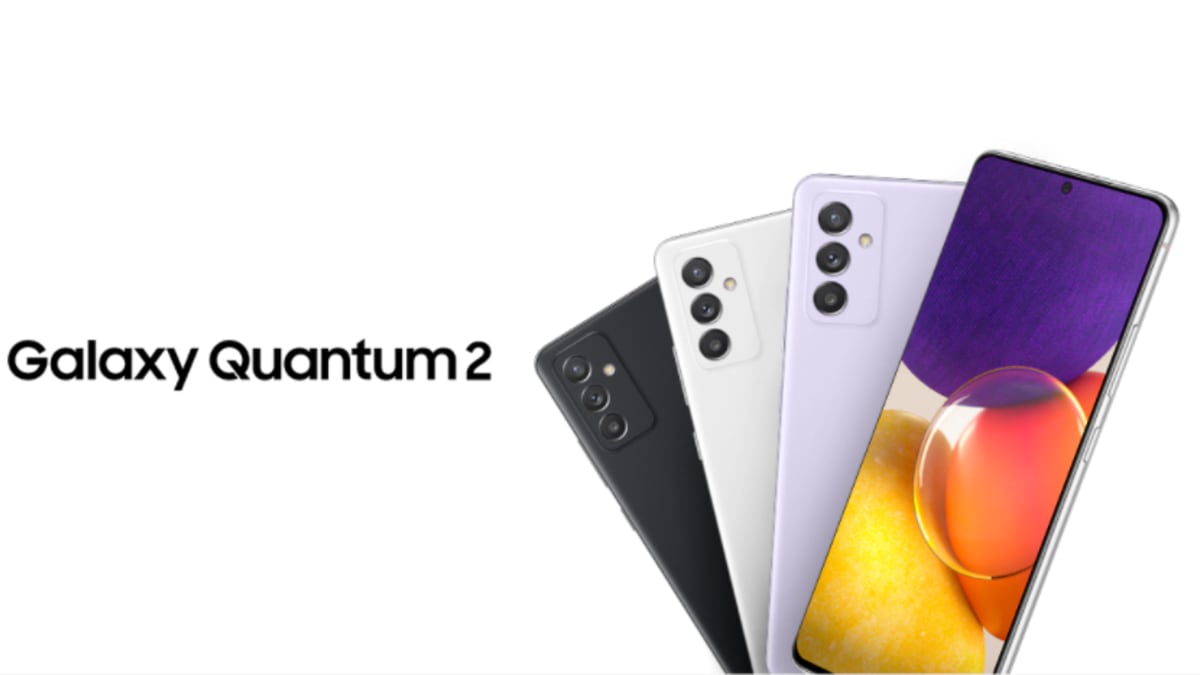 
Samsung Galaxy Quantum 2 has launched as the latest smartphone offering in South Korea. The phone has gone official in partnership with SKTelecom and is up for pre-order with offers. The phone has an Infinity-O display with the cutout placed in the top centre and there is an in-display fingerprint sensor on board. It is powered by the Qualcomm Snapdragon 855+ SoC and has a triple camera setup at the back. The Samsung Galaxy Quantum 2 packs a 4,500mAh battery and is equipped with quantum cryptography technology. This phone may launch in other international markets as the Samsung Galaxy A82 5G.

The new Samsung Galaxy Quantum 2 is priced in South Korea at KRW 699,600 (roughly Rs. 47,000) for the sole 6GB RAM + 128GB storage model. The phone comes in White, Gray, and Light Violet colour options. It will be up for pre-order starting today and will be available from April 23. Samsung is offering a free Galaxy Buds Live and a transparent cover to all pre-booked customers.

Detailing specifications, the Samsung Galaxy Quantum 2 runs on Android 11-based One UI. It features a 6.7-inch Quad HD+ (1,440×3,200 pixels) Dynamic AMOLED 2X display and is powered by the Qualcomm Snapdragon 855+ SoC. The phone packs 6GB RAM, 128GB internal storage and offers expansion via microSD card slot (up to 1TB).

There is a 4,500mAh battery on the Samsung Galaxy Quantum 2 with 25W fast charging support. There is a 15W charger bundled inside the box, and a 25W charger needs to be purchased separately. The Galaxy Quantum 2 is equipped with two stereo speakers and an in-display fingerprint sensor. Connectivity options include NFC, USB Type-C port, Wi-Fi 802.11 ac, Wi-Fi Direct, and more. The phone measures at 161.9×73.8×8.1mm and weighs at 176 grams.

Additionally, Samsung Galaxy Quantum 2 is equipped with quantum cryptography technology. It has a quantum random number generator (QRNG) chipset developed by ID Quantique. This QRNG chipset allows smartphone holders to use services that require security in a more safe and secure manner by generating unpredictable and pattern-less true random numbers.