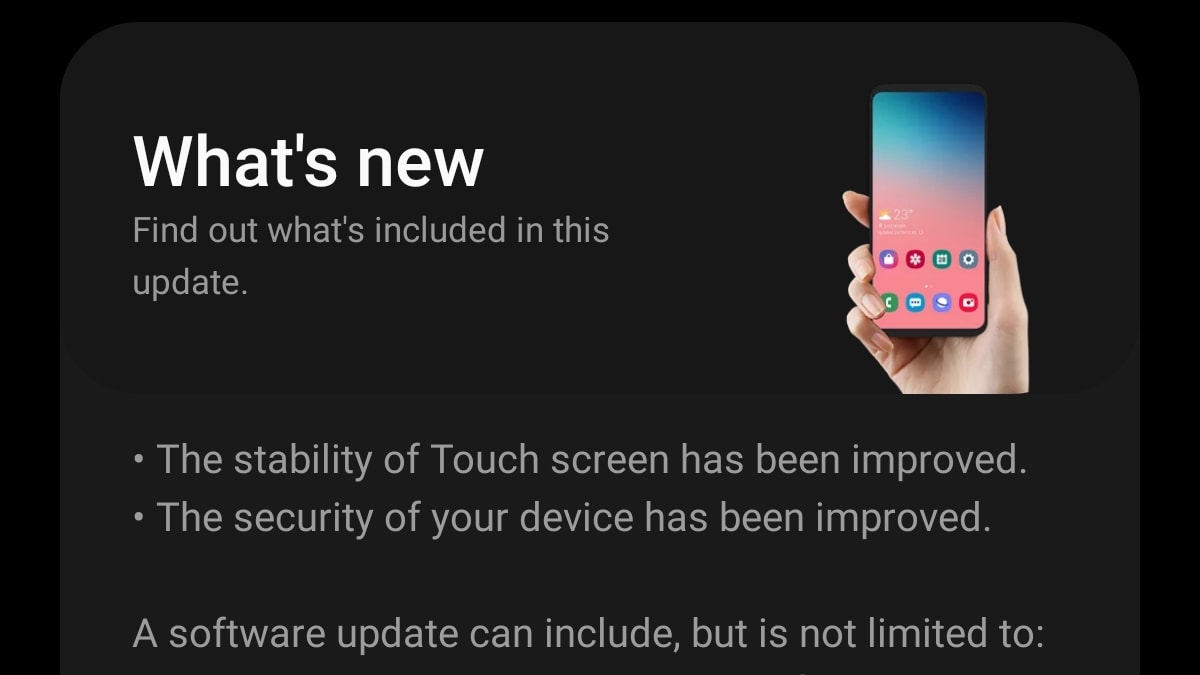 
Samsung Galaxy S20 FE users are now receiving a new update that brings more ‘stability’ to the touchscreen. This comes after several users have taken to the forums to complain that their handsets register ghost touches, and experience a lot of stuttering when scrolling or zooming. Samsung has responded to these complaints with this new update that ‘improves’ on the stability of the touchscreen, but some users claim that this may be a hardware issue and not a software one.

A Samsung user has responded to a Reddit thread that has scores of complaints of the same Samsung Galaxy S20 FE touchscreen issue. This user has shared a screenshot of receiving an update that ‘improves upon this issue’. The Reddit user says that after installing the update, the stuttering has reduced, but not completely gone. He says, “Just got an update that ends with ATJ1/ATK1. The jittery scrolling still happens but less often. It still fails the touch screen test but the stuttering when zooming has been fixed to some extent (still happens, but it’s smoother and better).”

The build number for this latest Samsung Galaxy S20 FE update is G781BXXU1ATK1, based on the screenshot the user shares. The changelog vaguely says that ‘the stability of touchscreen has been improved.’ It bundles the November 2020 security patch and is reported to be 202.34MB in size.

Users claim that this isn’t the first update attempting to resolve this issue. There have been two updates before this that have been rolled out, which tried to fix the issue, but the company wasn’t successful. After this latest update, several users now claim that this touchscreen issue may be a hardware one, and not something that can be completely solved with a software update.

Let us know in the comments below if you’ve received the update and your experience after installing it.