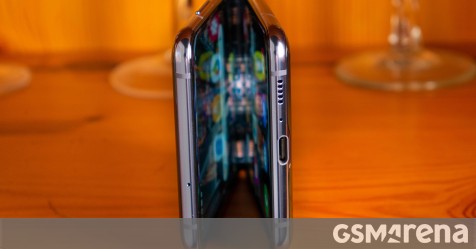 
Samsung released its 5G-wielding Galaxy Z Flip back in July with few hardware changes over the original model. Today, we have our first bit of info on the Galaxy Z Flip 2 which is tipped to come with stereo speakers.

This would be a welcome improvement over the two previous Z Flips which only came with a single downward-firing speaker, which felt like a letdown on such a high-end device. Other predictions for the upcoming Z Fold 2 include a larger and more useful 1.1-inch outer display, triple camera setup and a 120Hz display.

In related news display analyst, Ross Young claims the Z Flip 2’s launch will be moved over to the summer and it will not launch alongside the S21 series in January/February. In the meantime, we’ll be on the lookout for more clues surrounding the Z Flip 2.

Sorry Z Flip fans, hearing the Z Flip 2 launch is being moved back to the summer…