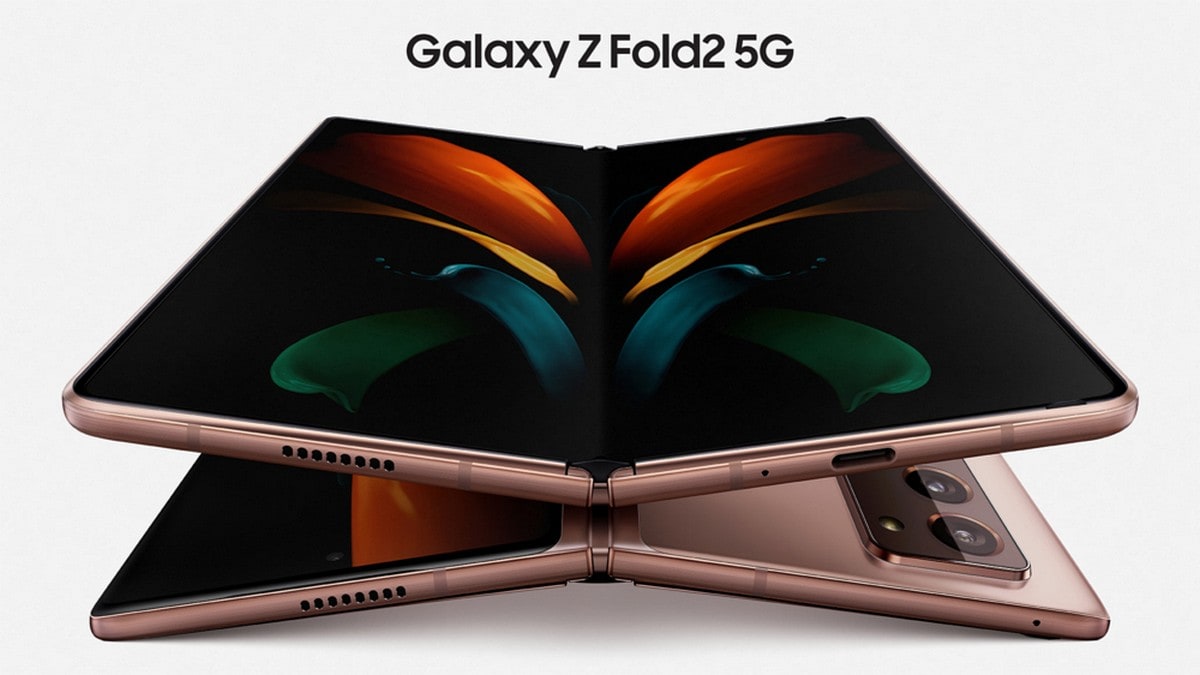 
Samsung Galaxy Z Fold 2 has been unveiled and it brings a bunch of improvements over the previous generation Galaxy Fold. Not just specifications, Samsung has managed to make some mechanical and design changes with the Galaxy Z Fold 2 as well, that are meant to improve the experience of using a foldable phone. It improves on the hinge mechanism, gets a larger cover display, slightly larger main display, and more. Let’s see what all has changed between Samsung’s first generation and third generation foldable smartphone.

Samsung has not yet shared Indian pricing for the Galaxy Z Fold 2. It has been priced at $1,999 (roughly Rs. 1.48 lakh) in the US. It will come in Mystic Black and Mystic Bronze colour options and will go on sale starting September 18. There is also a Galaxy Z Fold 2 Thom Browne Edition that will be available from September 25.

On the other hand, the Samsung Galaxy Fold is currently going for Rs. 1,49,990 on Amazon and comes in Cosmic Black and Space Silver colour options. Notably, the phone launched in India at Rs. 1,64,999 in October of last year.

The form factor of the Samsung Galaxy Z Fold 2 hasn’t changed much from the Samsung Galaxy Fold but there are several subtle changes that make it Samsung’s next generation foldable phone. The Galaxy Z Fold 2’s main improvement comes in the hinge design. The CAM mechanism of the hinge allows it to be free standing, meaning it will stay at the angle you open it to. The previous generation Galaxy Fold had a more forcible hinge that snapped open and close. The new hinge is much smoother.

The Galaxy Z Fold 2 uses a new and improved sweeper technology that Samsung first introduced with the Galaxy Z Flip. It essentially repels dust and particles from getting between the between the body and hinge housing. The first generation Galaxy Fold, as seen in a durability test, failed in this aspect.

Coming to the main screen, Samsung has gone with a hole-punch design this time as opposed to the huge notch on the Galaxy Fold. This allows for a slightly larger screen, but a much more immersive viewing experience. It is also using the Ultra Thin Glass first seen in the Galaxy Z Flip, which is said to be more durable than the plastic screen on the Galaxy Fold.

The speakers have also been improved for this generation. Samsung claims it has “the best dynamic sound available on a Galaxy device to date,” thanks to its high-dynamic dual speakers that produce an enhanced stereo effect and clearer sound.

Samsung has made several improvements in terms of specifications as well. The Samsung Galaxy Z Fold 2 features a 7.6-inch full-HD+ (1,768×2,208 pixels) foldable, Dynamic AMOLED Infinity-O Display with a 120Hz refresh rate and 22.5:18 aspect ratio. On the cover, is a 6.2-inch Super AMOLED Infinity Flex Display with 816×2,260 pixels resolution and 25:9 aspect ratio. In comparison, the Samsung Galaxy Fold comes with a 7.3-inch Infinity Flex Dynamic AMOLED screen in its unfolded state that has a QXGA+ (1,536×2,152 pixels) resolution with 4.2:3 aspect ratio. The cover display has a 4.6-inch Super AMOLED panel with an HD+ (840×1,960 pixels) resolutions and 21:9 aspect ratio.

The Galaxy Z Fold 2 is powered by the octa-core Qualcomm Snapdragon 865+ SoC, coupled with 12GB of LPDDR5 RAM and 256GB of UFS 3.1 storage. Powering the Galaxy Fold is the Snapdragon 855 SoC and the same amount of RAM and storage.

Connectivity options on the Samsung Galaxy Z Fold 2 include 5G, 4G LTE, Wi-Fi 6, Bluetooth v5.0, GPS/ A-GPS, UWB (Ultra Wide Band), and a USB Type-C port. The Samsung Galaxy Fold comes with 4G LTE, Wi-Fi 6, Bluetooth v5.0, GPS/ A-GPS, NFC, and USB Type-C port. The fingerprint scanner has been moved to the side of the phone on the Galaxy Z Fold 2 from the in-display fingerprint sensor on the Galaxy Fold. Other sensors include accelerometer, ambient light sensor, barometer, gyroscope, magnetometer, proximity sensor, and the Galaxy Z Fold 2 gets an additional RGB sensor.