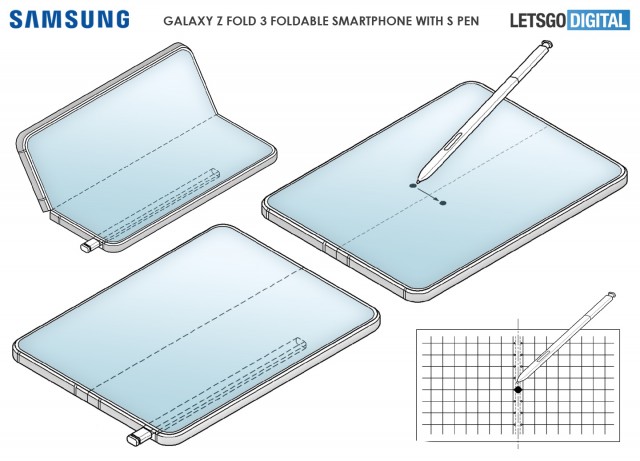 
The third generation of Samsung Galaxy Fold is expected to finally bring S pen support. We’ve seen several rumors in the past year as well as a patent filling which all point to the stylus support.

A new report from South Korean outlet NaverNews now describes the structural challenges faced by Samsung in bringing over the S-pen to the upcoming foldable phone. The initial plan was to have the S pen slot into the phone like on the Galaxy Note series but it seems that option is no longer viable as the Z Fold3 will not have enough space.

A recent report described the Z Fold3 will be lighter and slimmer than its predecessor which also compromises available space for adding in the built-in S pen Pro (tentative name). Samsung is more likely to bring the S pen in a similar vein to the Galaxy S21 Ultra as a separately bought accessory which may be hoisted in some compatible cases.

The new report confirms the Galaxy Z Fold3 will be joined by the Galaxy Z Flip2 and Galaxy S21 FE as Samsung’s product release for H2 2021. The Z Fold3 is expected to enter the mass production stage in June while its official release will be in July-August.