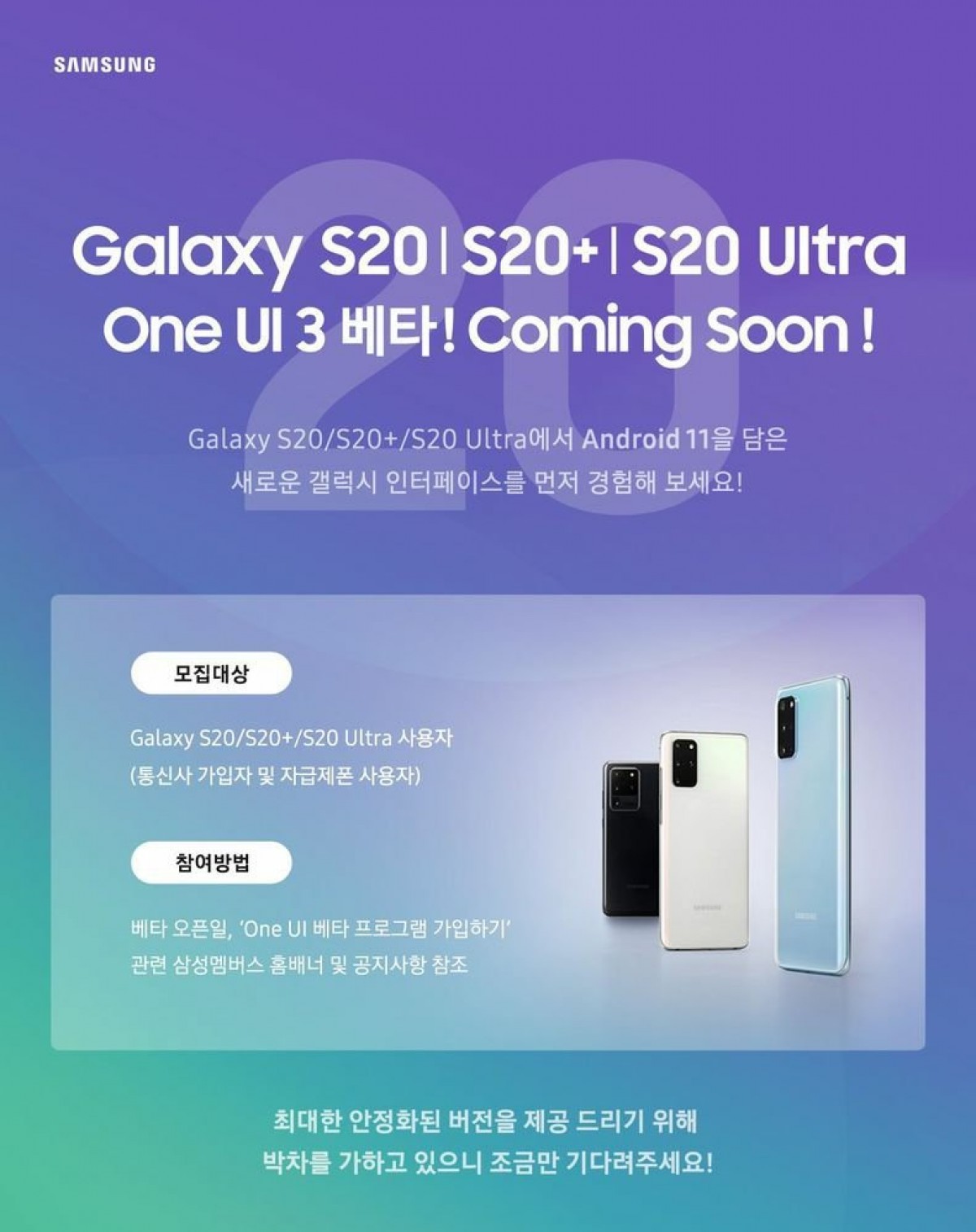 
Samsung’s Beta manager in South Korea has confirmed that the Samsung Galaxy S20, S20+ and Galaxy S20 Ultra will be getting the public One UI 3.0 Beta based on Android 11 “soon”. Although the future update firmware is already available as a closed Beta, it will soon be available for everyone to test out.

As is customary, interested participants with an eligible device should sign up through the Samsung Members app. The One UI 3.0 Beta is first coming to the phone maker’s home market of South Korea, but we anticipate availability for testers in EU and the US will follow soon after.

The Samsung Galaxy Note20 duo should see the Beta not long after the release of that for the Galaxy S20 lineup. One UI 3.0 will bring improved gesture navigation, refined privacy and granular permissions, built-in screen recording, smart home controls, and conversation bubbles.