Full-sized SD card slots have become quite rare – these days the only place you’re likely to find them is a DSLR and some mirrorless cameras. And if you’re using one of those, especially for work, you want a card that’s fast but also durable as the photos and videos stored on them can be quite valuable.

This is where the two new lines from Samsung come in, the PRO Plus and EVO Plus. Both are available in capacities from 32GB to 256GB and use an UHS-I interface. Most of the cards have a U3 class rating, all except the 32GB and 64GB EVO Plus options, which are U1 instead (if you’re going to shoot 4K video you’ll preferably use a U3 card).

All cards are waterproof and can survive under 1 meter of water for three days, even in salt water. Also they are drop-proof and can withstand falls from 5m (16 ft) heights and will work in temperatures between -25°C and 85°C (-13°F to 185°F). They can also survive radiation (e.g. the X-ray scanner at the airport) and magnets. The cards come with a 10-year limited warranty. 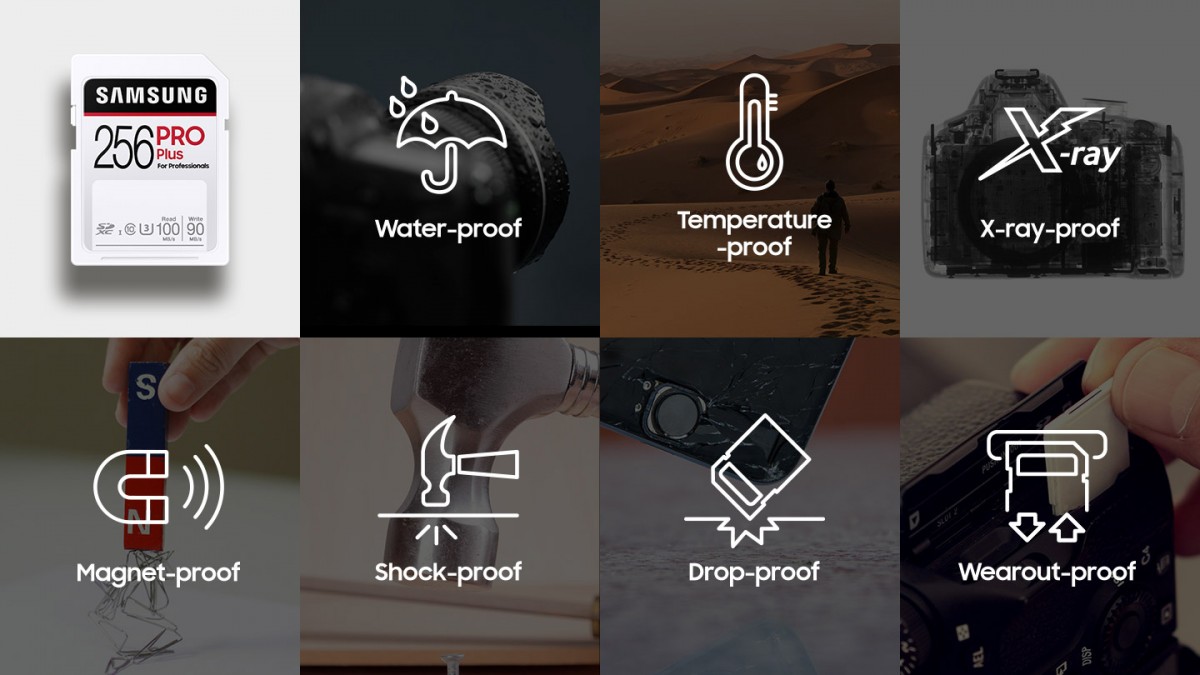 The new SD cards will be available starting October 19 (Monday next week), except the two smaller capacities of the PRO Plus line, which are coming November 8.