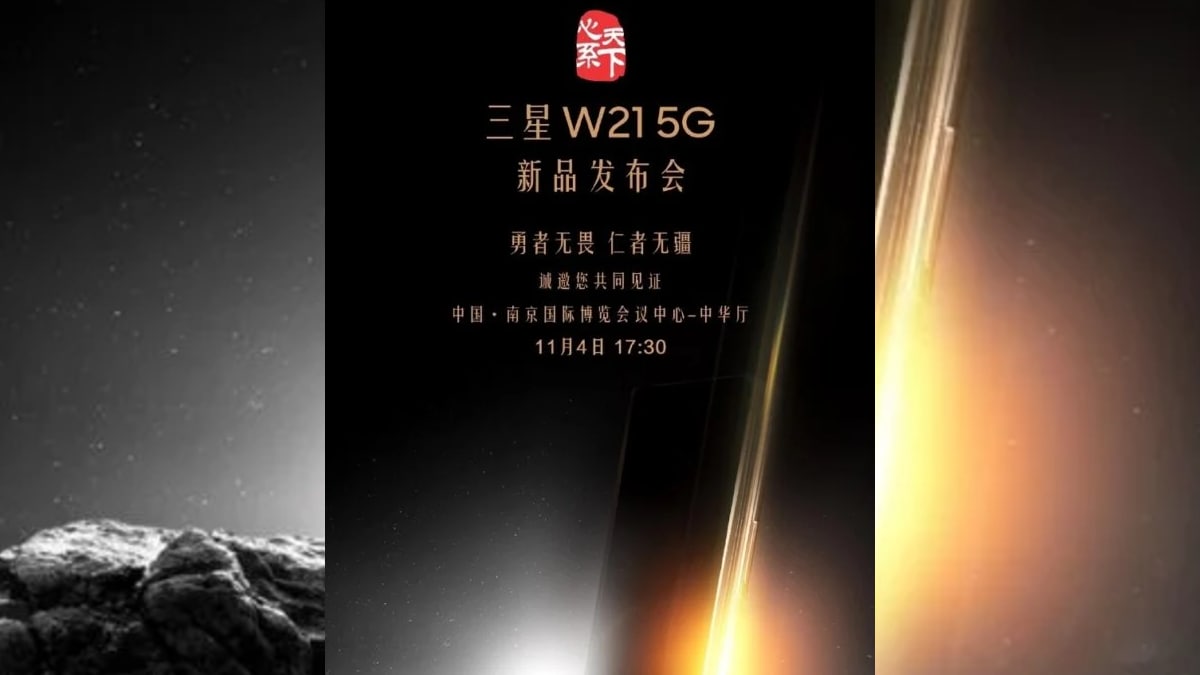 Samsung W21 5G foldable phone is reportedly launching in China on November 4. The smartphone is identical to Samsung Galaxy Z Fold 2 launched in China earlier. The notable difference between the two phones is that the W21 5G is tied with China Telecom carrier for 5G connectivity. Last year, the company launched Samsung W20 5G in a similar manner. Samsung W20 5G is a 5G-ready version of Galaxy Fold powered by a Qualcomm Snapdragon 855+ SoC, instead of the Snapdragon 855 SoC. Samsung W21 5G was also spotted on TENAA recently, offering a glimpse into its possible key specifications.

A tipster posted the launch poster of Samsung W21 5G on Weibo, revealing the launch date. The poster suggests that the foldable phone will launch in China on November 4. The launch event is slated to begin at 5.30pm local time (3pm IST). GizmoChina was the first to report on this development. There is no clarity on what the phone will be priced at, however, it is confirmed that Samsung W21 5G is tied to the China Telecom carrier. Samsung W21 5G is likely identical to the already launched Samsung Galaxy Z Fold 2.

On the back, Samsung W21 5G may carry a triple camera setup with three 12-megapixel sensors. It could also sport a 12-megapixel selfie snapper at the front. The phone is expected to have an in-display fingerprint sensor and may pack a dual-cell battery (2,090mAh + 2,160mAh). The TENAA listing suggests that the foldable phone weighs 288 grams and measures 128.2×159.2×6.2mm.

The Mandalorian Season 2 Episode 1 Recap: Belly of the Beast