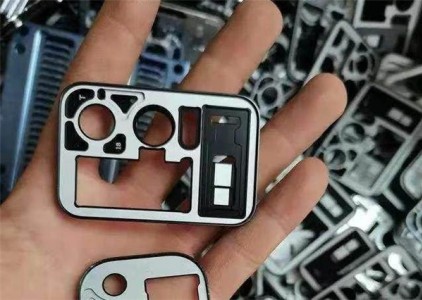 
The Xiaomi Mi 11 Ultra will have a small display next to its camera – and so will the Mi 11 Pro, if this leak is to be believed. Parts for the camera island for the Pro version were photographed at the assembly line, showing an identical design.

That means two lenses in the upper left, a periscope lens below and the display on the right. The tiny display will show a countdown if you activate the camera’s self timer. It will have other functions too, of course, but it’s usability when framing a selfie shot with the rear camera is the biggest unanswered question right now.

The Mi 11 Ultra and Mi 11 Pro are expected to use Samsung’s large GN2 sensor. The massive 1/1.12” sensor has 50 million 1.4 µm pixels and supports 4-in-1 binning for next-generation low-light performance. The periscope lens will advertise 120x digial zoom.

As for the screen on the front, the Pro and the Ultra should share the 6.81” AMOLED panel with the vanilla Mi 11. That panel has 1440p+ resolution, 120 Hz refresh rate and 480 Hz touch sampling rate. All three are Snapdragon 888 powered phones.

The Mi 11 Pro is expected to feature slower fast charging – at 66W it will be faster than what the vanilla model offers, but slower than the 120W that the Ultra will allegedly feature. 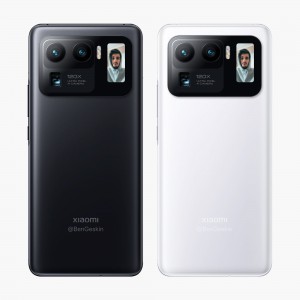 Speculative render of the Xiaomi Mi 11 Ultra by Ben Geskin, based on rumors (image credit)

Leakster Digital Chat Station reported that Xiaomi has many product launches lined up for March and April, including flagships. Besides the Pro and Ultra, we’re expecting another Mi 11 model – the Lite, which will be one of the more affordable 5G phones (the rumored European price is €410 or so).