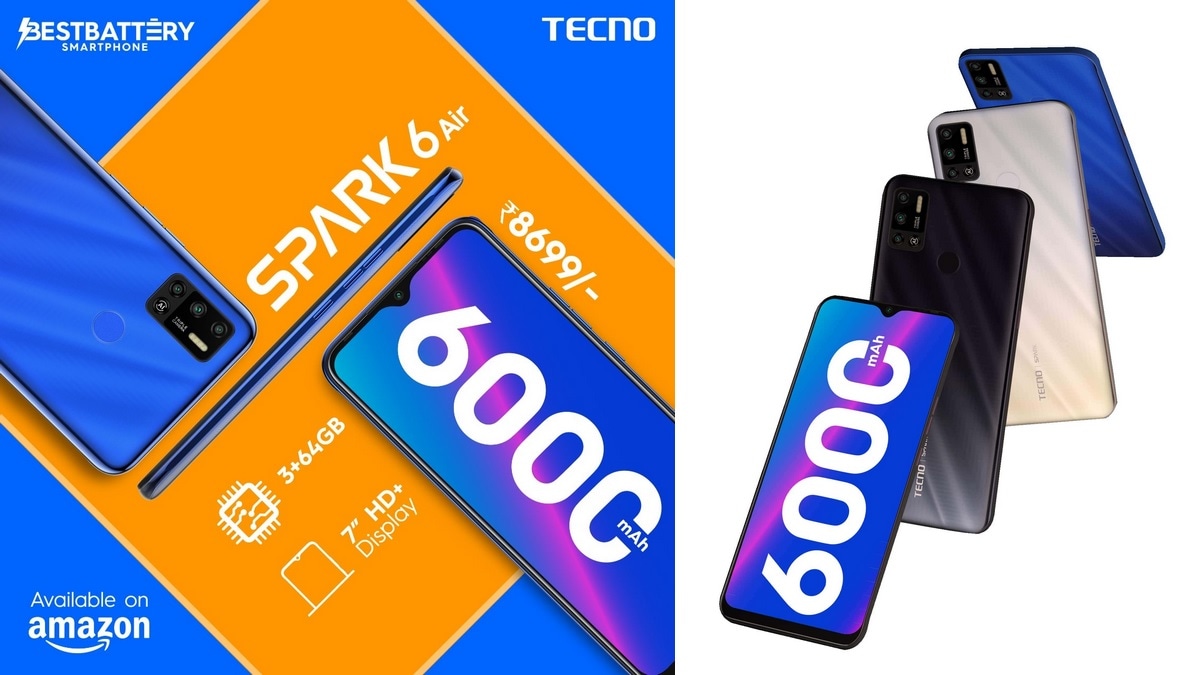 The new variant of the Tecno Spark 6 Air will go on sale via Amazon on September 25 in the three colour variants.

The dual-SIM (Nano) Tecno Spark 6 Air runs Android 10 (Go edition) with HIOS 6.2 on top. It features a 7-inch HD+ (720×1,640 pixels) Dot-Notch display with 90.6 percent screen to body ratio and 20.5:9 aspect ratio. It offers 480 nits of peak brightness. The phone is powered by the octa-core MediaTek Helio A25 SoC coupled with 3GB of RAM. The other two variants of the phone are powered by the quad-core Helio A22 SoC.

In terms of optics, the Tecno Spark 6 Air has a triple rear camera setup that includes a 13-megapixel primary sensor with an f/1.8 lens and a 2-megapixel depth sensor. For selfies, there is an 8-megapixel sensor with an f/2.0 lens, housed in the notch.

This variant of the Tecno Spark 6 Air comes with 64GB internal storage that is expandable via microSD card (up to 1TB) through a dedicated card slot. Connectivity options include 4G LTE, dual-band Wi-Fi, Bluetooth v5.0, and more. The battery capacity present in the Tecno Spark 6 Air is 6,000mAh and the sensors on board include an accelerometer, ambient light sensor, proximity sensor, and a rear mounted fingerprint sensor. The phone measures 174.68×79.36×9.3mm.