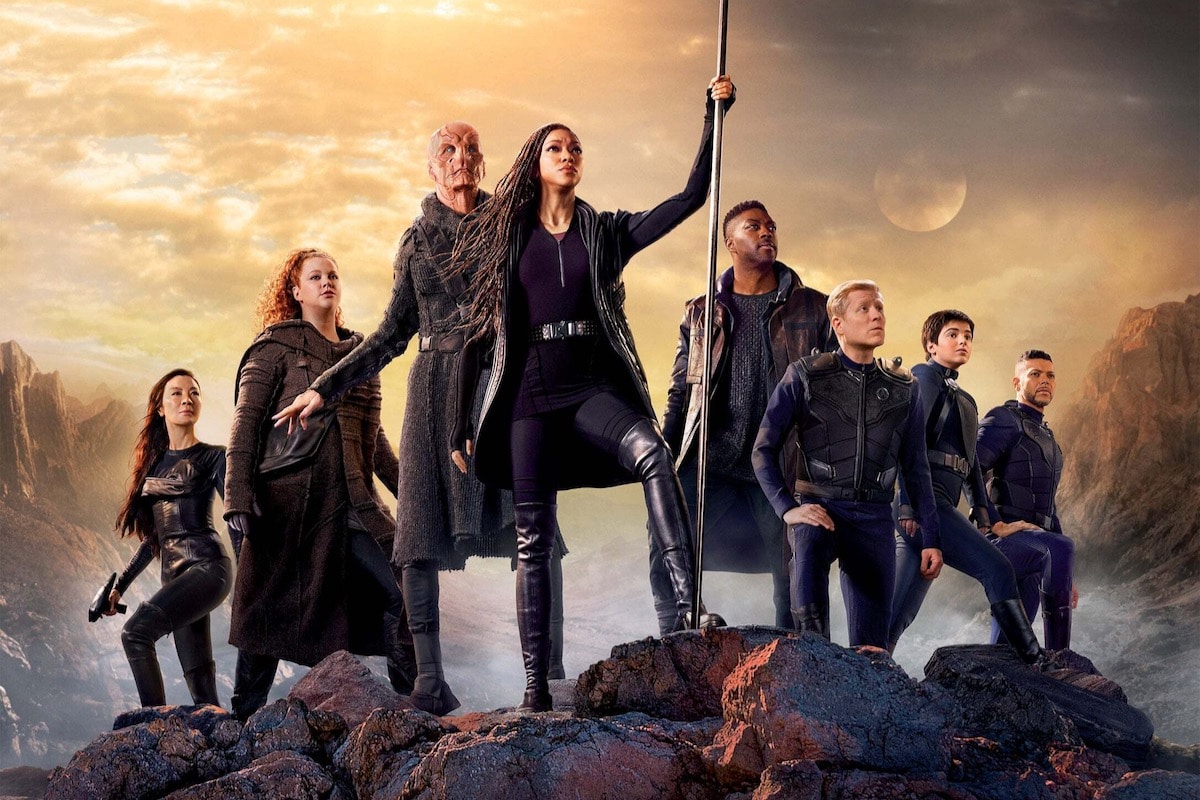 After crashlanding on a seemingly deserted planet, Burnham asks the Discovery computer if there’s life, and screams in joy when it replies in the affirmative. Soon after in the Star Trek: Discovery season 3 trailer, Saru (Doug Jones) notes that they “are completely disconnected, but they are also together,” reiterating the found family messaging of Star Trek series.

After learning that that they aren’t from his time, the new Discovery cast addition Cleveland “Book” Booker (David Ajala) explains that the Federation collapsed after a catastrophic event known as “the Burn”, when the galaxy took a “hard left”. Whatever that’s supposed to mean. Elsewhere, Philippa Georgiou (Michelle Yeoh) is not pulling any punches — literally.

Towards the end of the trailer, Burnham delivers a rousing speech: “The Federation gave us the resources and the mandate to solve the biggest most troublesome problems in the galaxy, and I may question, and I may fear because the problems often seem insurmountable, but haven’t we always risen to meet them?

Three more are in the works: a Yeoh-led Star Trek: Section 31, Pike, Spock, and Number One from Discovery season 2 in Star Trek: Strange New Worlds, and Star Trek: Prodigy aimed at younger audiences.

Star Trek: Discovery season 3 premieres October 15 on CBS All Access in the US and CTV Sci-Fi Channel and Crave in Canada, and is expected to roll out October 16 on Netflix in India and elsewhere.

Previous ArticleSlack’s Quarterly Billing Growth Slows Due to COVID-19 Concessions
Next ArticleFlipkart Onboards Over 50,000 Kirana Stores Ahead of Festive Season