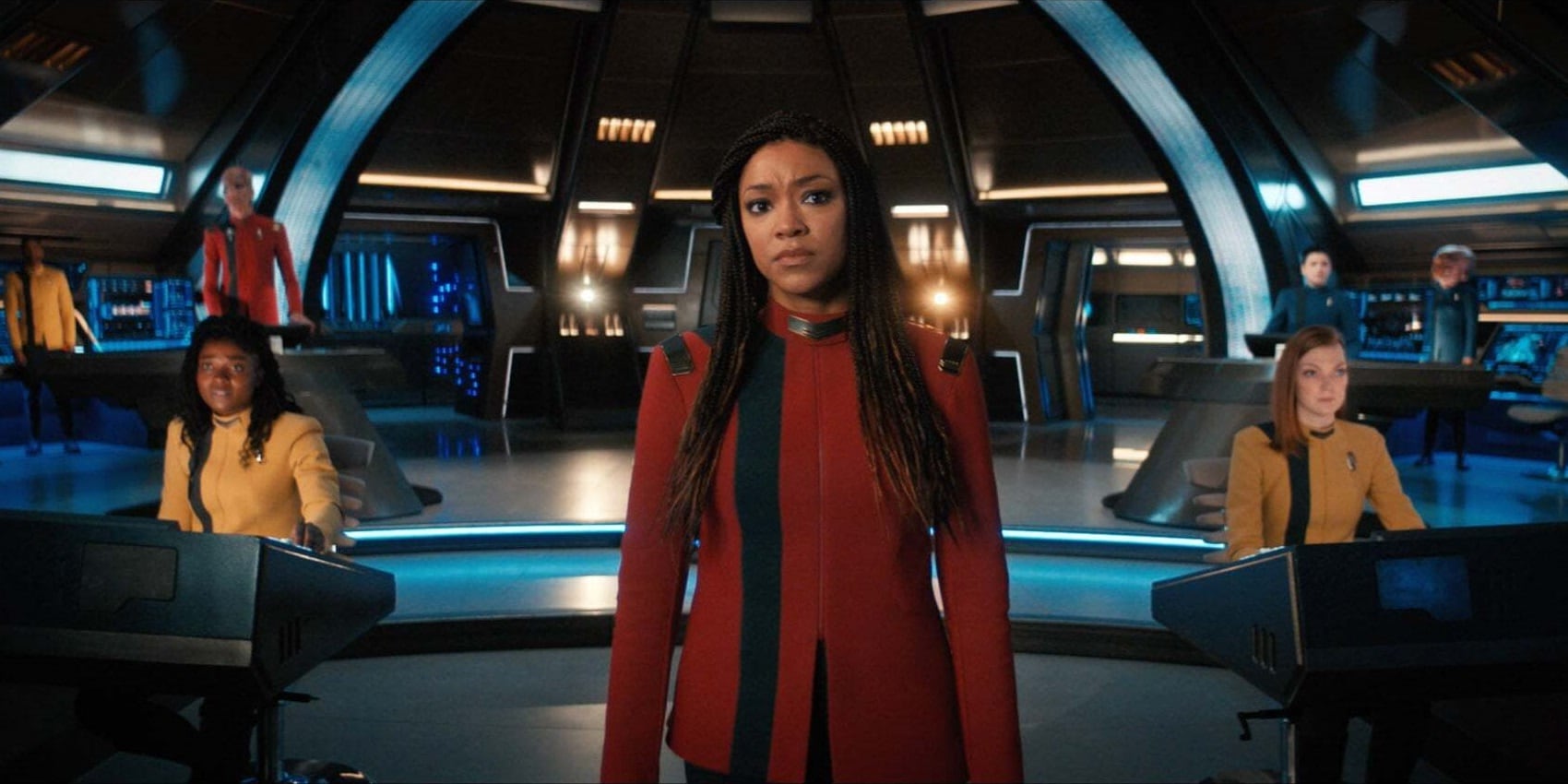 “We’re all living in uncertainty,” Michael Burnham (Sonequa Martin-Green) says at the start of the first Star Trek: Discovery season 4 trailer. “Even for a crew as familiar with it as this one, the stress is taking its toll. But we are not in this alone. None of us are.” We get a look at the new futuristic suits that Discovery’s crew members will don in season 4, before Paul Staments (Anthony Rapp) gets into the season 4 plot. “Five light years across. That’s the size of the gravitational anomaly.” Discovery is expectedly caught in it, and with help from Vulcans — who note that the anomaly affects everyone equally — Captain Burnham says that they must endure it, together.

The minute-long Star Trek: Picard season 2 trailer doesn’t have any footage to show per se. It relies largely on a Picard (Patrick Stewart) voiceover: “The true final frontier is time. Time can turn even our most impulsive, our most ill-considered actions into history. What we do in a crisis often weighs upon us less heavily than what we wish we had done. What could have been. Time offers so many opportunities but never second chances.” Meanwhile, we see a painting and model of his spaceship, his Federation badge, the book “Paradise Lost”, before ending on the queen of hearts card that breaks into a million tiny little pieces, leaving behind only the letter Q (de Lancie) who says with a menacing laugh: “The trial never ends.”

That leaves the 30-second Star Trek: Lower Decks season 2 teaser which is quite action-packed, featuring giant white apes and a bunch of enormous snakes. As the season 2 teaser trailer takes a breather, D’Vana Tendi (voiced by Noël Wells) says to Beckett Mariner (Tawny Newsome) and Sam Rutherford (Eugene Cordero): “Only thing missing is Boimler. He’s gotta be having the time of his life.” Cut to: rules-loving stickler Boimler (Jack Quaid) stuck working for a Federation captain whom he can’t even understand.

Star Trek: Lower Decks season 2 premieres August 12 on Paramount+. Discovery season 4 follows in late 2021, with Star Trek: Picard season 2 due in 2022. Release dates for Netflix and Prime Video in India are not available as yet.