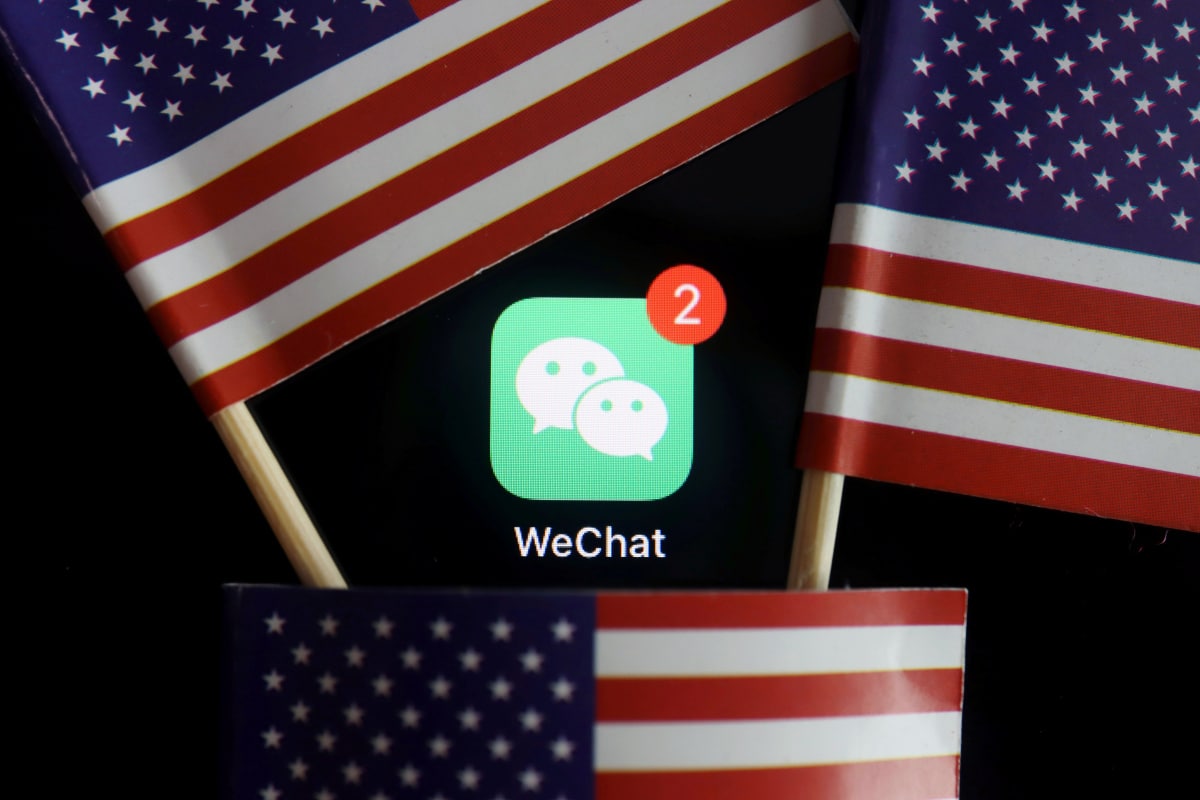 WeChat Users Will Not Be Penalised, US Says


WeChat users will not face civil or criminal penalties even if the United States bans the Chinese-owned messaging app through other actions next week, the Justice Department said on Wednesday.

Commerce Secretary Wilbur Ross is set to release regulations by Sunday clarifying what WeChat transactions will be prohibited.

WeChat users have filed a motion in US District Court in San Francisco seeking a preliminary injunction to bar the Trump administration from prohibiting the use of WeChat in the United States by individual users, businesses and groups. A hearing on the request is for Thursday.

The Justice Department responded in a filing on Wednesday that Ross does not plan to target persons or groups who only download or use WeChat to convey personal or business information and said they would not face criminal or civil penaltes.

But the department added that “use of the app for such communications could be directly or indirectly impaired through measures targeted at other transactions.”

The WeChat users who sued said the order apparently prohibits “millions of WeChat users in the United States … from using the most popular social media space for Chinese speakers in the world.”

WeChat has been downloaded 19 million times in the United States, showed data from Sensor Tower, but in China, the app is ubiquitous as a medium for services, games and payments.

Tags: bytedancetencenttiktokus china trade warwechat users will not be penalised us says wechat

Previous ArticleFacebook Messenger, Portal Getting Third-Party AR Effects From Early 2021
Next ArticleTikTok Parent ByteDance Says China Will Have to Approve US Deal