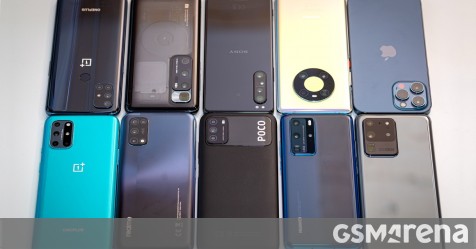 
The preliminary round of voting for the best phones of 2020 is complete – we already called the winners in the Gaming and Trailblazer categories, but to determine the best phone in the other five market segments we go into the final round. The Top 5 phones in each made it through.

You can have a peek at the original polls if you’re curious about how popular each phone was. But we don’t want to influence your decision now, so we’ve listed the phones in alphabetical order to keep things fair.

Phones from five different brands move forward in the Best Flagship of 2020 category. Three launched late in the year (and easily surpassed their siblings that came in early 2020). However, the fact that the other two contenders have been around for most of 2020 and are still going strong speaks volumes too.

Interestingly, four of the Top 5 flagship killers are made by the same brands that also produced the most promising flagships of 2020. That’s natural as there are no pure “flagship killer” brands anymore, they all want to compete in every category.

The preliminary voting in the Best Cameraphone category ended with essentially a 3-way tie, so it’s anyone’s guess what will happen in round 2. And yes, three of the Top 5 are also fighting for the Best Flagship title as the camera is a major part of the modern smartphone experience.

The Best midranger seems dominated by one brand (well, the brand and a newly-independent offshoot), but there’s still a chance for an 11th hour upset.

One phone was the standout in the affordable 5G category and seems likely to win the title. This year 5G networks have reach major parts of the world and brought more 5G phone launches with them. In 2020 we witnessed next-gen connectivity go from cutting edge to practically commonplace.

You have until Friday to cast your votes to elect the best phones of 2020.