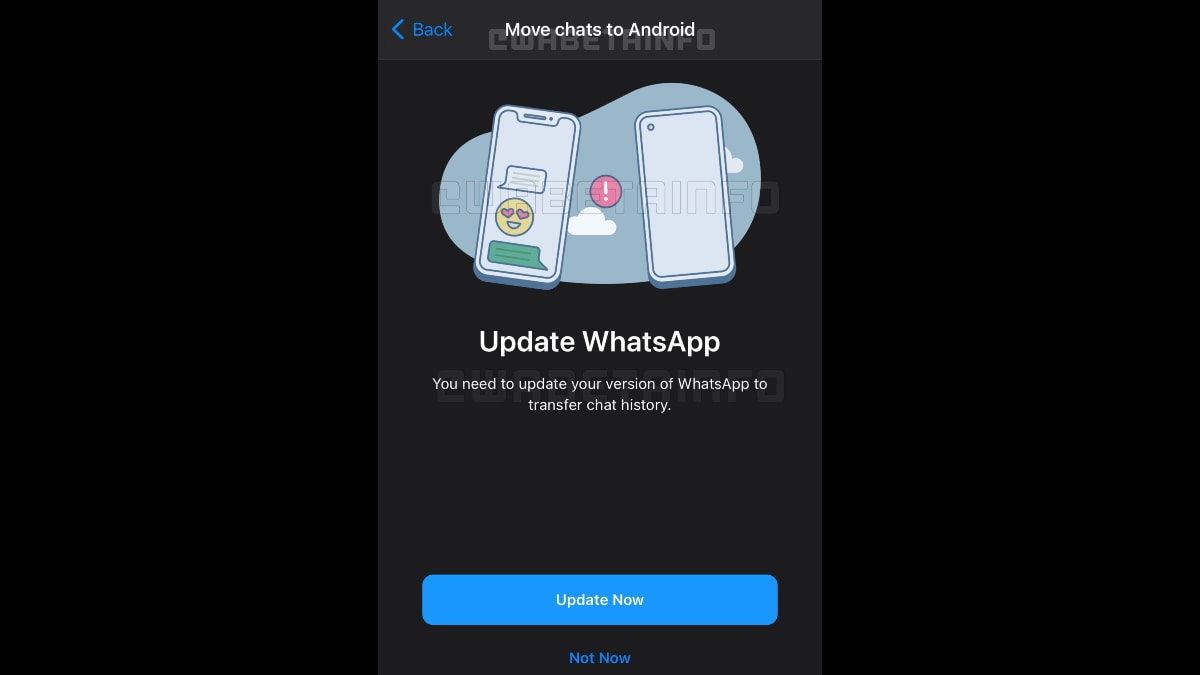 WhatsApp Could Soon Allow Moving Chats Between Android and iOS


WhatsApp is testing a new feature that will let users migrate their chat history between Android and iOS devices, according to a new report. WhatsApp had previously said that third-party apps that claim to help users migrate chat history across the two platforms violate its Terms of Service. An earlier report says that WhatsApp could also introduce a feature soon that will not require users to keep their phones connected to the Internet when using WhatsApp Web.

As per a report by WABetaInfo, a platform that tests WhatsApp features in beta and publishes information about them, a new chat history migration feature will be rolled out ‘in a future update’. Its estimated time of arrival, however, is not known. The report includes a screenshot of WhatsApp for iOS that shows a popup asking to upgrade the app to the latest version in order to move chat history to another device running WhatsApp for Android. The report says that the feature will also allow users to move chat history from Android to iOS.

According to the report, when a WhatsApp user tries to link the device having a different operating system, the app needs to be updated to the latest version available on the App Store or TestFlight “in order to avoid any compatibility error with the Android version”.

The chat history migration feature is a part of the multi-device functionalities that WhatsApp is working on for some time now. In fact, WABetaInfo first reported about a WhatsApp feature in development that would sync chat history across platforms last year.

Recently, WABetaInfo also shared WhatsApp Web beta screenshots that show that users could soon use WhatsApp Web application without having to keep their phones connected to the Internet. The feature was earlier spotted on Android and now is reported to be under development in iOS as well.

Previous ArticleAmazon Illegally Fired Employees Critical of Work Conditions: US Labour Board
Next ArticleGoogle Backed Over Oracle by US Supreme Court in Major Copyright Case