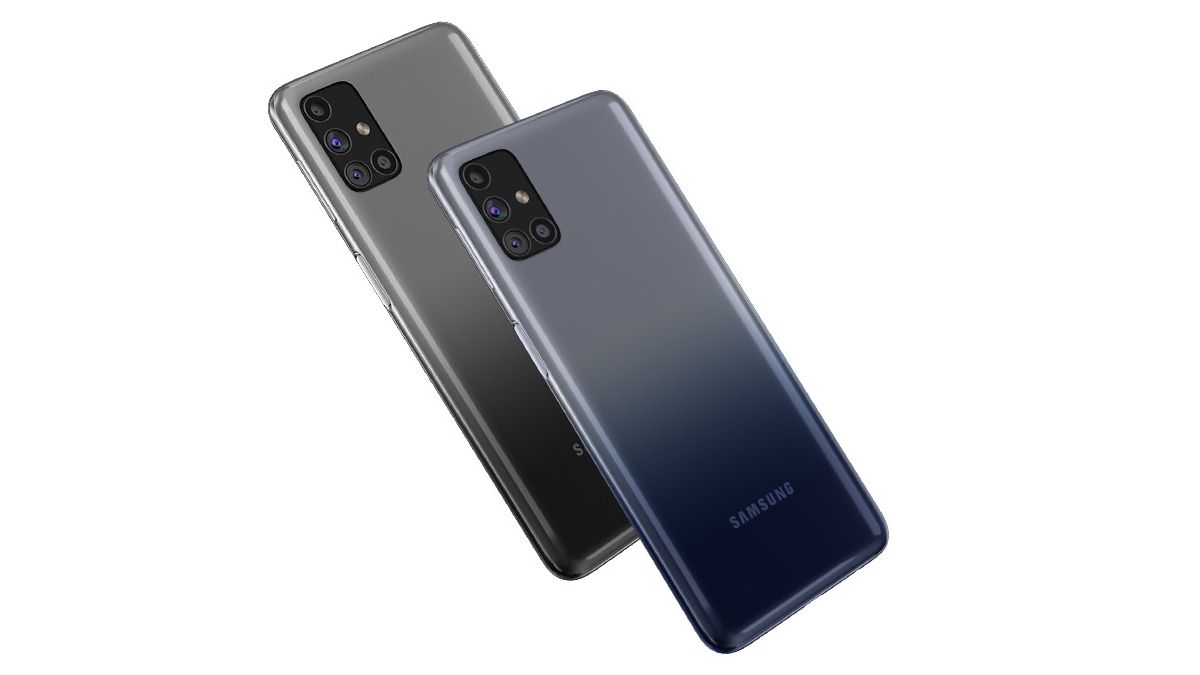 The new Samsung Galaxy M31s is the company’s first phone with a 64-megapixel Intelli-Cam setup in the M series. It brings a series of flagship-grade camera features at a price that’s just too good to resist. Samsung Galaxy M31s promises a #MonsterShot every single time you capture a photo or a video with its powerful 64-megapixel Intelli-Cam system.

Let’s first take a look at what powers the new Intelli-Cam system in the Samsung Galaxy M31s. The phone comes with a 64-megapixel primary camera sensor, which is Sony’s IMX682 sensor. The sensor is powerful enough to deliver beautiful high-quality photographs. The primary camera sensor is capable to capture stunning photographs that are bound to get noticed no matter where you share them.

The 5-megapixel depth sensor powers the Galaxy M31s’ Live Focus mode which can help you capture stunning portraits. The Galaxy M31s lets you capture beautiful photos of your loved ones, bringing them into focus, with the Live Focus mode. There’s also a 5-megapixel macro camera lens that is useful when you’re capturing photos of objects closer to your smartphone. You can capture photos of objects on your desk, plants and flowers in your garden in extreme details with the Macro Mode.

Samsung Galaxy M31s brings a powerful camera in your hands which includes a number of flagship-level features as well. The powerful 64-megapixel Intelli-Cam setup comes with Single Take, a feature normally found on Samsung’s flagship devices. Single Take is the type of feature you want for easier, more lively photography on your smartphone.

Flagship-like features, a first in the Galaxy M series

Single Take lets you capture up to 10 photos and videos with just a single take. The mode is highly useful when you want to capture a moment in a number of ways, without spending a lot of time thinking about the right camera mode. Single Take will capture photos with filters, Best Moments, Smart Crop, and videos in the original video format, Hyperlapse mode, and Boomerang.

Besides Single Take, the 64-megapixel Intelli-Cam setup on the Samsung Galaxy M31s allows you to create up to 99 custom filters that can help you create photos with that added extra-special personal touch. Custom Filters can be created to include colour themes and videos of your existing photos, which can then be applied to newer photos you capture.

What’s more? Selfies have become so important you can’t last a day without capturing a few. Samsung Galaxy M31s comes with a new flagship-grade feature called Smart Selfie Angle that makes it super easy to capture selfies with your friends. Whenever you’ve got more than a single person involved in capturing a selfie, the camera will automatically switch to this angle to focus on everyone.

Samsung Galaxy M31s comes with powerful cameras at the rear as well as in the front. Now you can capture clips using both the cameras without stopping recording. This is extremely useful when you want to capture your own video while also capturing objects using your phone’s rear camera. The feature is perfect for video bloggers, allowing them to effortlessly switch between front and rear cameras while recording.

Great photos, and great videos too

Wondering about videos? The Samsung Galaxy M31s has you covered there as well. The smartphone’s 64-megapixel Intelli-Cam setup can capture 4K videos easily. The camera setup also supports capturing videos in slow motion at up to 480 frames per second. You can also shoot videos in hyperlapse mode, to share those memorable journeys. You can also record amazing videos, using the Switch Camera While Recording feature. This feature lets you capture content from both front and rear cameras. It’s perfect for video bloggers and those who love to share live videos on their social media profiles.

The Samsung Galaxy M31s comes with a powerful 32-megapixel selfie camera that can capture both selfies and ‘slowfies’. It also supports Single Take, which means you can capture up to 10 photos and videos using a single take with the front-facing camera on the Galaxy M31s too. The front camera also supports recording videos in slow motion.

Battery that goes on, day and night

The large 6,000mAh battery in the Samsung Galaxy M31s is the icing on the cake. The big battery is perfect for a whole day’s usage and comes with 25W fast-charging to get you going day and night without remaining attached to a power outlet. The battery supports up to 27 hours of video playtime, up to 51 hours of voice calls, and can be charged fully in around 97 minutes using the 25W fast charger. The battery also supports reverse charging so that you can charge your friends’ devices too. 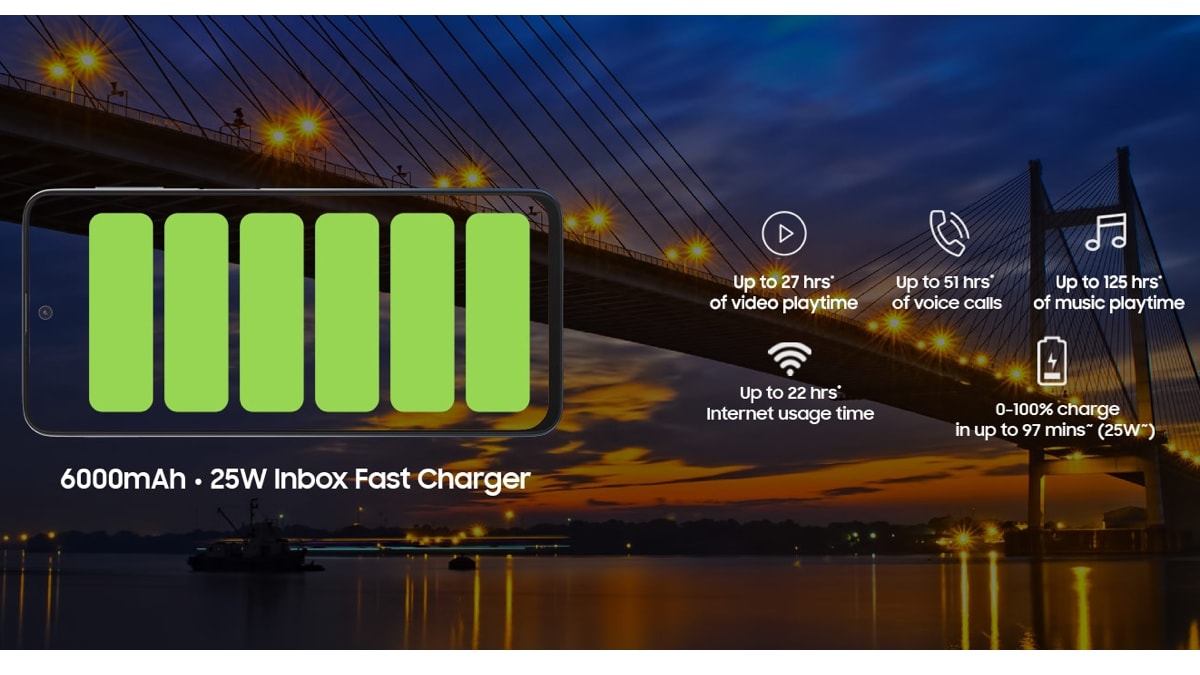 Prices and where to buy

Samsung Galaxy M31s is powered by the company’s Exynos 9611 SoC which is supported by up to 8GB of LPDDR4x RAM. You can expand storage using an external memory card by up to 512GB. The phone is protected by Corning’s Gorilla Glass 3 and comes in two attractive colour options – black and blue. The phone runs on Android 10 based One UI interface that offers a smoother, much cleaner look and feel. Samsung Galaxy M31s is priced at Rs. 19,499 for the 6GB RAM, 128GB storage variant and Rs. 21,499 for the 8GB RAM, 128GB storage variant. You can now buy the Galaxy M31s safely on Amazon India and Samsung’s online store.