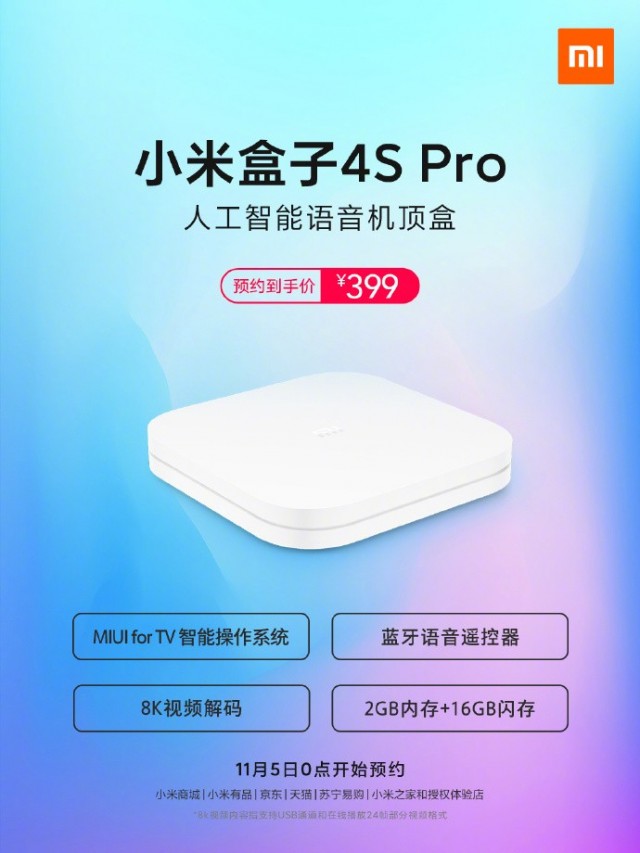 
Xiaomi announced a successor to its Mi Box 4 Pro called Mi Box 4S Pro and even though it looks identical to the old one and the name implies a rather incremental update, this is definitely not the case here. In addition to its long feature list, the Mi Box 4S Pro gains 8K video decoding, which is probably the most notable addition.

The HDMI standard has been bumped up to 2.1 to accommodate the 8K video playback above 30fps. There are also 2GB of RAM and 16GB of internal storage – the latter has been doubled compared to the 4 Pro. The device ships with MIUI for TV in China but we can expect it to adopt Android TV if it hits the global markets. However, Xiaomi said that it doesn’t have plans to release the Box 4S Pro internationally.

Anyway, the pre-orders start today and the asking price is CNY 399 ($60), which is understandably slightly more expensive than its predecessor.