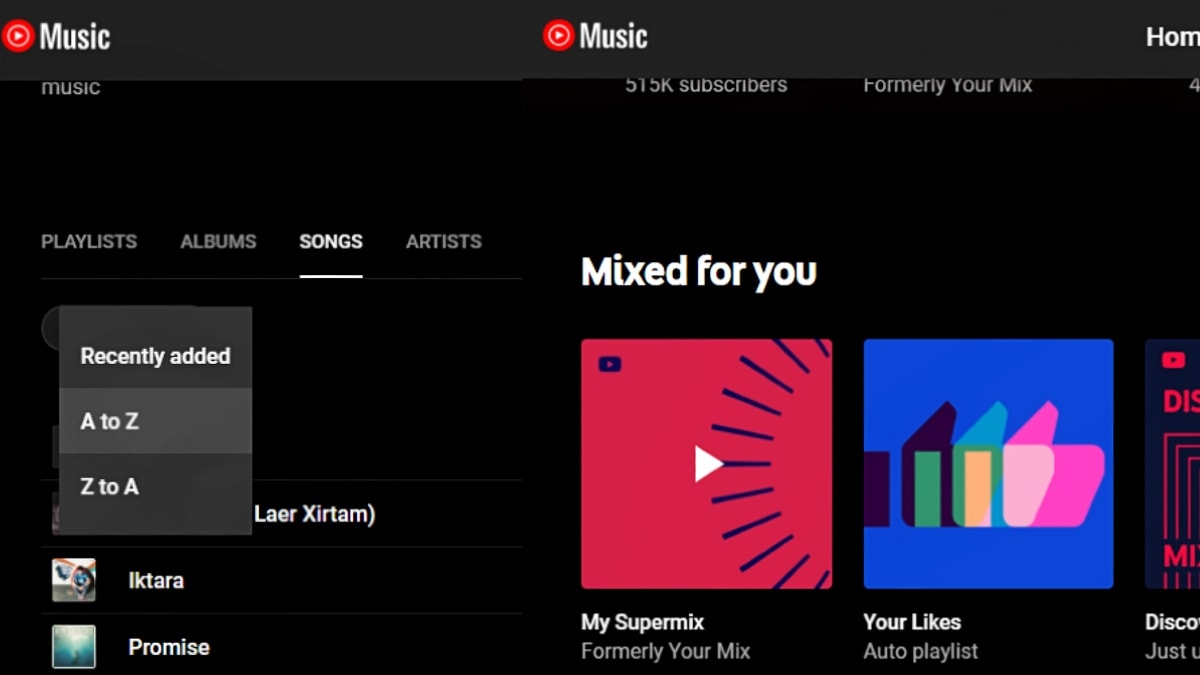 
YouTube Music is adding new ways to sort the music library for desktop. Users can now sort their library through three ways – recently added, A to Z, or Z to A. This feature was already available on Android devices, and is now rolling out to the Web as well. YouTube has also renamed its flagship playlist ‘Your Mix,’ which features personalised music recommendations, to ‘My Supermix.’ This change will be rolling out to Android, iOS, and desktop.

With Google Play Music officially shutting down, Google is rolling out more updates for YouTube Music to encourage users to transfer to this music streaming service.

Under the ‘Your Mix’ icon, there was a line that described the playlist as ‘Endless personalized music.’ The text below ‘My Supermix,’ which has just started rolling out, says, ‘Formerly Your Mix.’ The cover art remains the same as it was before – a pinkish red background with a YouTube logo on the top-left corner and a circular design on the right. My Supermix appears in the ‘Mixed for you’ category on the home page.

After playing songs from the library, however, we noticed that the playlist is still referred to as ‘Your Mix,’ in the Recent Activity category, with the old description.

You can now also choose to segregate your liked songs, songs in a playlists, or even entire playlists alphabetically. Earlier, you could only sort it via recently added. A Reddit user pointed this out and on trying, we noticed that we too were able to sort out our songs via A to Z or Z to A, or by recently added.