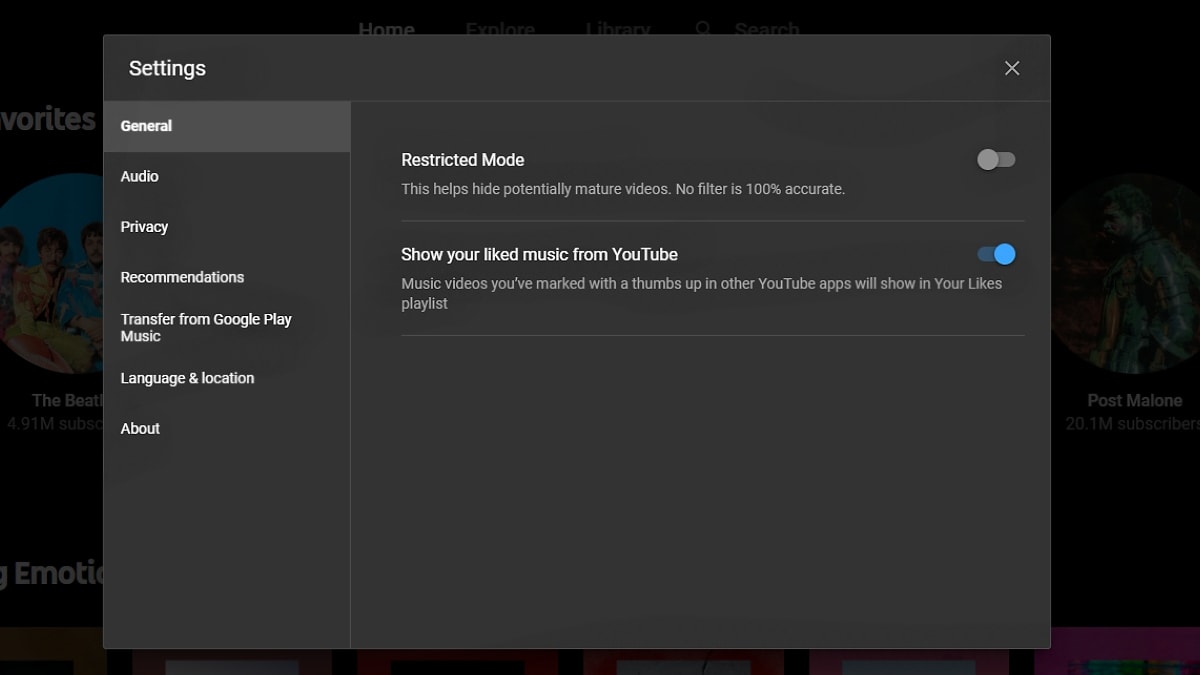 As pointed out by a Reddit user, the toggle for liked YouTube videos seems to have begun rolling out for users globally on YouTube Music. The toggle is turned on by default. If you don’t want the music videos you’ve liked with a thumbs up on the main YouTube app to appear on YouTube Music, you can manually select the setting. This is a helpful feature, as YouTube recognises videos as music sometimes, when they are not.

A report by Android Police noted that song recommendations and music history still seem to be bleeding over from YouTube Music to the YouTube. The music history, the report said, seems to be appearing in YouTube particularly when you use the YouTube Music Android TV app or when you ask Google Assistant to start a playlist.

With Google Play Music shut down, Google is rolling out frequent updates for YouTube Music. This update in particular could help users compartmentalise between YouTube and YouTube Music. Although it can be helpful to have the two linked, YouTube often mistakes other videos as music videos and adds them to the category of liked songs on YouTube Music.

To change your liked music settings, Click on Settings on YouTube Music. This will automatically open to General settings, where you will see a ‘Show your liked music from YouTube’ toggle. You can enable/disable that according to your preference.