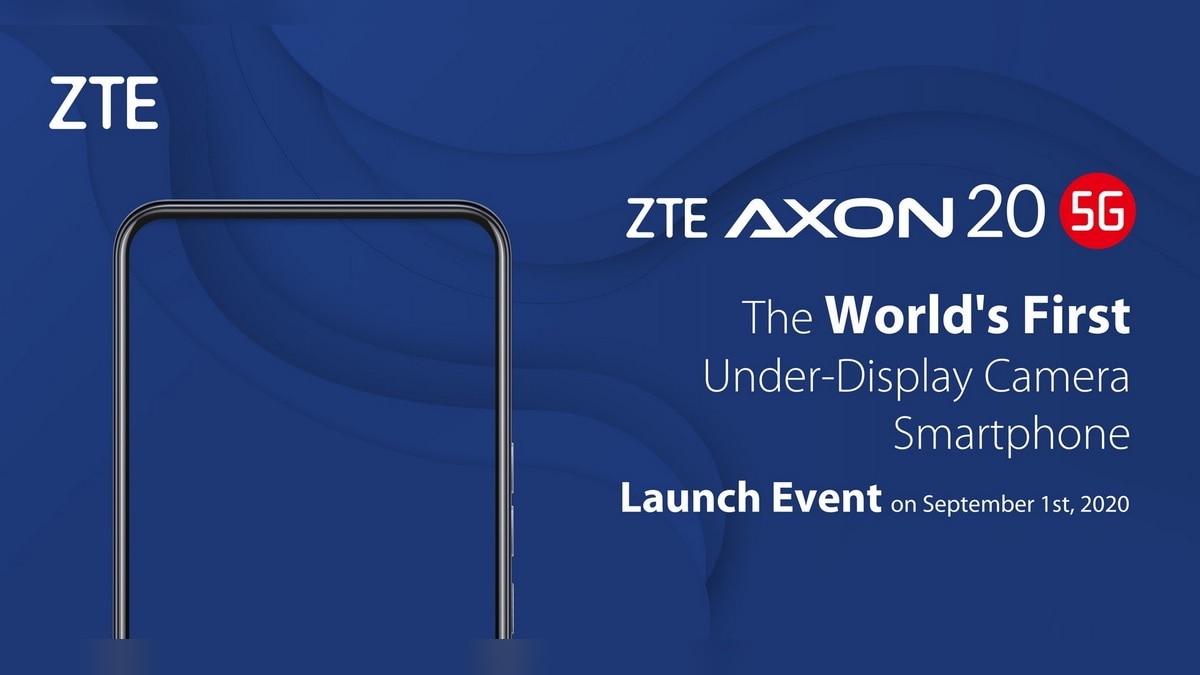 
ZTE Axon 20 5G will be launched on September 1, the company announced on Twitter. The phone is said to be the first smartphone with an under-screen camera, though this technology has been prototyped by other OEMs in the past. While the announcement does not reveal any details about the phone itself, it does confirm that the name of this phone is ZTE Axon 20 5G. This ZTE phone has been in news since last week as it was spotted in a TENAA listing as well, hinting at its specifications.

The company took to Twitter to share the announcement claiming that the ZTE Axon 20 5G will be the “World’s First Under-display Camera Smartphone.” The phone will be announced on September 1 globally with availability and pricing expected to be revealed on the date. The image in the tweet shows the top half of the phone with no notch or hole-punch for the selfie camera. The bezels look quite slim as well. An under-screen camera will allow the phone to have a completely uninterrupted full-screen display.

The ZTE Axon 20 5G was initially teased as the ZTE A20 5G and from its rumoured model number – ZTE A2121 – it was believed that the phone will be launched with the Axon branding (judging by the Axon 11 5G’s model number A2021), which is what it turned out to be.

Last week, a ZTE phone, believed to be the ZTE Axon 20 5G, was spotted on Chinese regulatory body TENAA’s website, hinting at the expected specifications. The phone is said to carry a 6.92-inch (1,080×2,460 pixels) OLED display and an octa-core CPU. There are going to be three RAM options including 6GB, 8GB, and 12GB, as well as three storage options including 64GB, 128GB, and 256GB.

Specifications and other details about the phone will be made clear when it is announced on September 1.